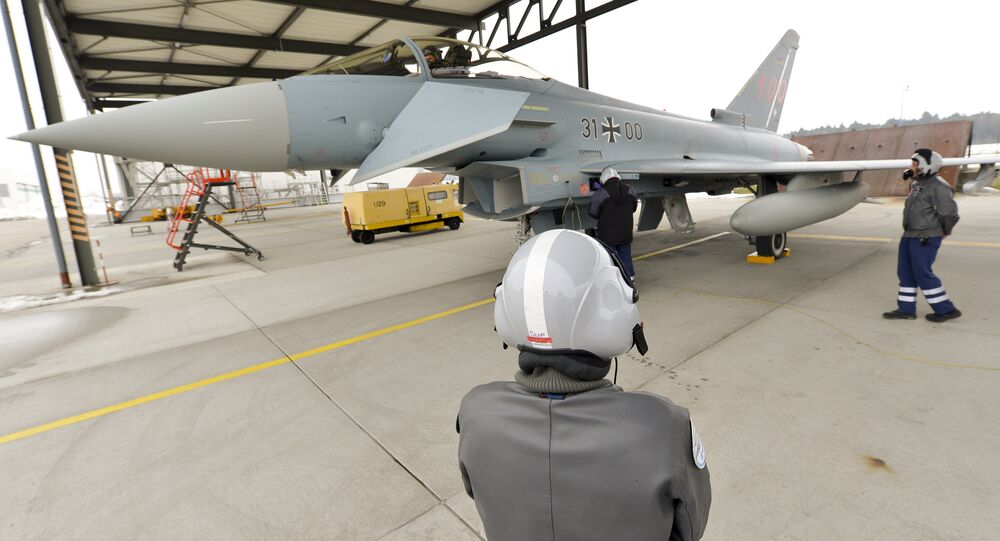 Berlin May Send 1,200 Military to Syria to Participate in Air Campaign

The German armed forces may send up to 1,200 servicemen to enable the country’s Air Force take part in combat missions in Syria, Inspector General of the Bundeswehr Volker Wieker said.

MOSCOW (Sputnik) – Germany is a member of the US-led coalition against the Islamic State militant group, but it is not currently launching airstrikes against the group’s positions, only providing logistical and technical assistance.

"From the military point of view, to ensure the operation of aircraft we need about 1.200 military personnel," Wieker told the Bild am Sonntag newspaper in an interview.

According to him, the beginning of the overseas mission depends on the receipt of a respective mandate.

Earlier this week, Henning Otte, the German lawmaker of the Christian Democratic Union (CDU) party said Berlin was considering the possibility of sending Tornado reconnaissance aircraft to Syria to contribute to the struggle against the ISIL extremists.

The debates in the German parliament on the possibility of the Bundeswehr participation in the military operation in Syria are due to begin next week.

Cameron Rules Out UK Participation in Ground Operations in Syria

Bulgaria Can Participate in Ground Anti-Terror Operation in Syria

Thousands Rally in London Against Cameron's Plan to Bomb Syria

Why Cameron's 'Fantasy' to Bomb ISIL in Syria is Doomed