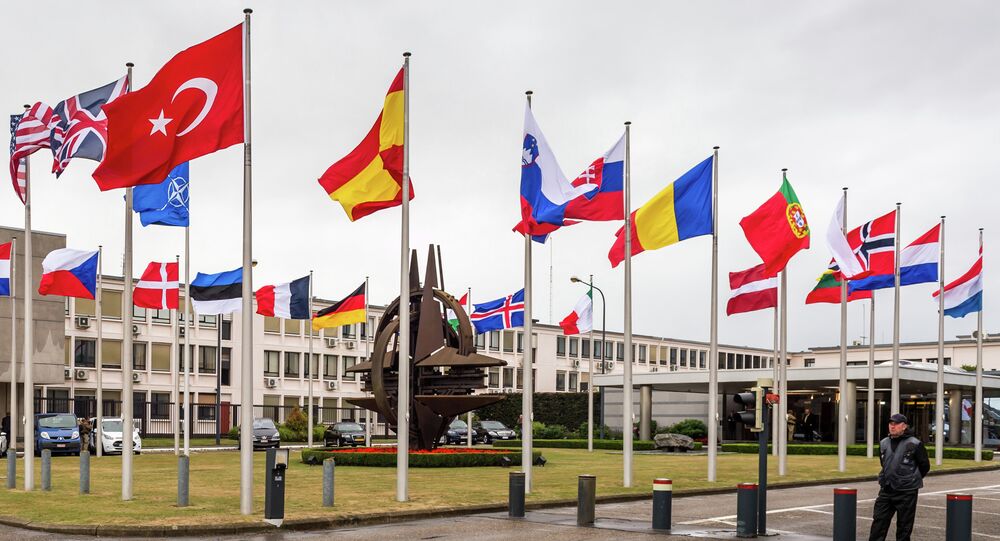 Russia is ready to step up consultations with the North Atlantic Treaty Organization (NATO), but is yet to hear from the Alliance, the Russian Foreign Ministry said Friday.

"The Alliance and its members are well aware of our commitment to meaningful consultations on the new Conventional Arms Control in Europe, as soon as NATO demonstrates seriousness of purpose by submitting its proposals. But so far this has not happened," the Russian Foreign Ministry said.

© AFP 2021 / GERARD CERLES
NATO Aims for Containment Policy Toward Russia – Russian Foreign Ministry
The ministry stressed that NATO was "unwilling" to link the New Conventional Arms Control with the 2011 Vienna Document on Confidence- and Security-Building Measures (CSBM), prompting interpretations that the CSBM regime may be "buried once and for all."

"The question arises: is this what NATO and its secretary general are seeking, speaking with such assessments and proposals," the ministry stressed.