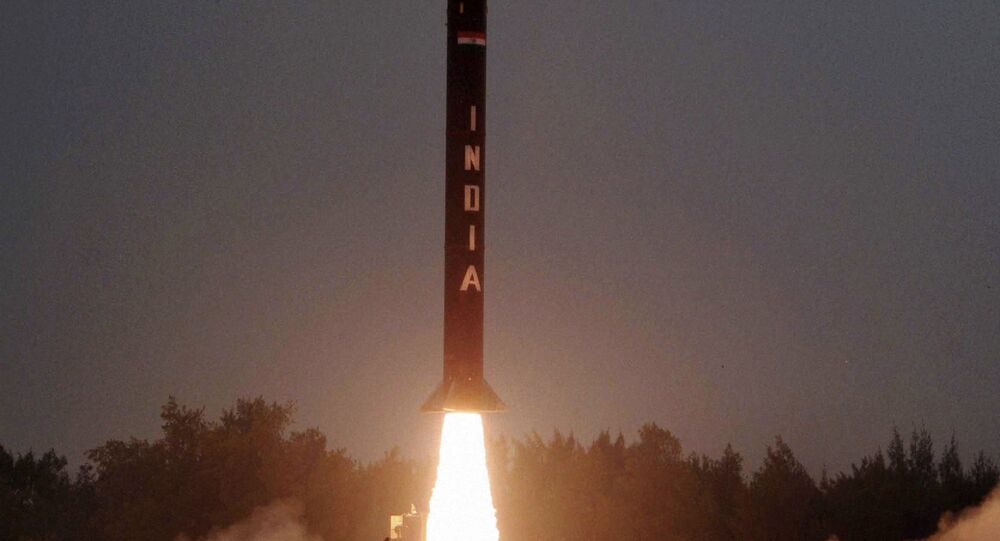 The missile is equipped with precise navigation systems, has a 700-kilometer (435-mile) range, and can be fired from mobile road or rail launch pads. Developed by India's Defence Research and Development Organisation (DRDO), the rocket was first test fired in 2002. The last test launch took place September 2014.

India has been a nuclear power since 1974. Today, the country possess approximately 110 nuclear warheads, according to Federation of American Scientists estimates. India has not made official statements on the size of its nuclear arsenal.