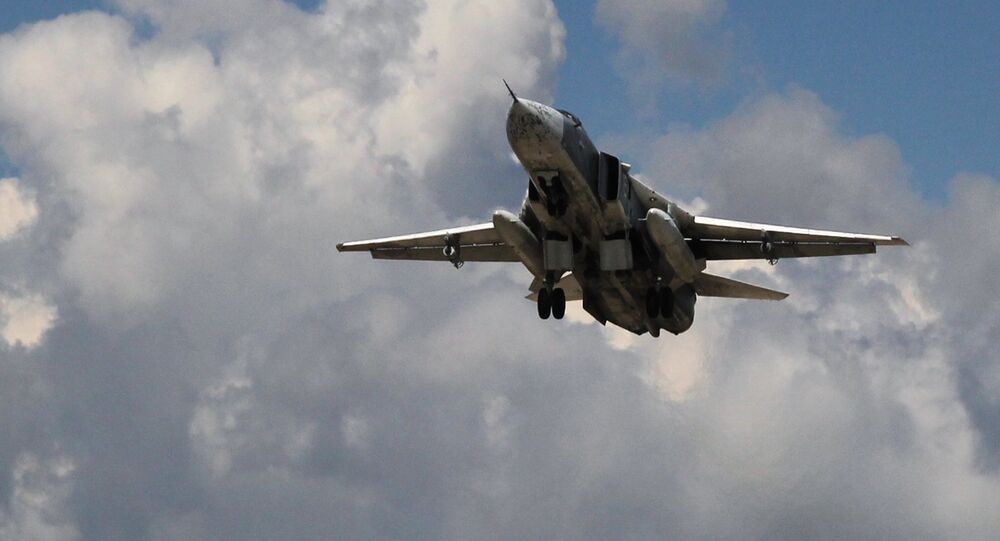 After rescuing the second pilot of the downed Su-24 in Syria, the Russian Aerospace Forces and the Syrian artillery targeted the area destroying terrorist groups there.

"As soon as our pilot was safe, this area was targeted by massive Russian airstrikes an artillery bombardment by Syrian government forces for a prolonged period of time. Terrorists and other 'mysterious' groups operating in this area have been eliminated."

Turkish authorities have informed the Russian military attache that they did not provide the media with audio recordings of alleged radio contacts between their F-16 fighter and the downed Russian Su-24 aircraft, the Russian Defense Ministry said Thursday.

"Representatives of the Turkish General Staff have stated that they did not share such material with the media. If so, this confirms yet again that the recordings of the Turkish pilots' contacts with our crew that emerged today are another fake," Maj. Gen. Konashenkov told reporters.

YouTube/Sputnik
Self-Defense Turkish Style: Shooting Unarmed Parachuting Pilot
"Our military representative was notified that it would be impossible to pass any materials relating to the November 23 attack," Konashenkov said.

Unverified audio recordings circulated online contain barely audible voices identifying themselves as the Turkish Air Force and calling to "change your heading south immediately." The address in the audio does not mention threats to fire a missile.

On November 24 a Russian Su-24 bomber was downed by an air-to-air missile launched by a Turkish F-16 jet over Syrian territory. One of the two Su-24 pilots was killed by fire from the ground after ejecting from the plane.

The Turkish General Staff similarly denied releasing a map allegedly detailing the Russian aircraft's course before it was shot down.