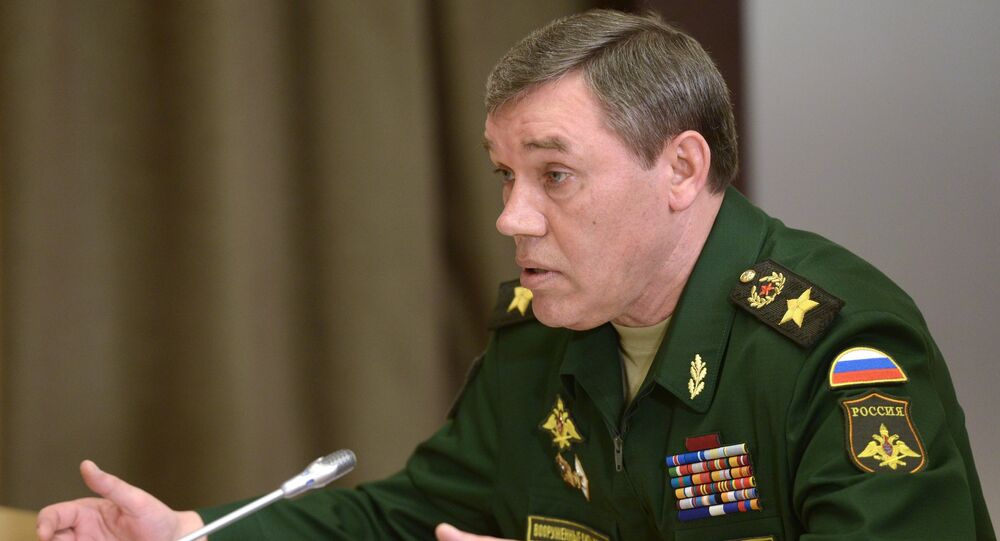 MOSCOW (Sputnik) — According to the Russian Defense Ministry, the sides discussed the current situation in Syria and action coordination between the Russian and French naval task forces in the Mediterranean in support of anti-terrorist operations in the war-torn country.

"Terrorist acts in Paris and on board the Russian passenger plane are links of the same chain. Our grief and our anger must help unite Russia's and France's efforts in the fight against international terrorism," Gerasimov said.

On Monday, French President Francois Hollande called for a broad coalition including the United States and Russia to tackle Islamic State which claimed responsibility for the Paris attacks that say 129 people killed on Friday.

On Tuesday, following the confirmation of a bomb explosion on board Russian A321 passenger plane over Egypt's Sinai Peninsula, claimed by ISIL, Russian President Vladimir Putin said that the ongoing Russian military operation against terrorists in Syria should be intensified so that the perpetrators understood that revenge was unavoidable. Besides, Putin said Russia and France's navies must develop a joint plan of action for their operations in Syria.