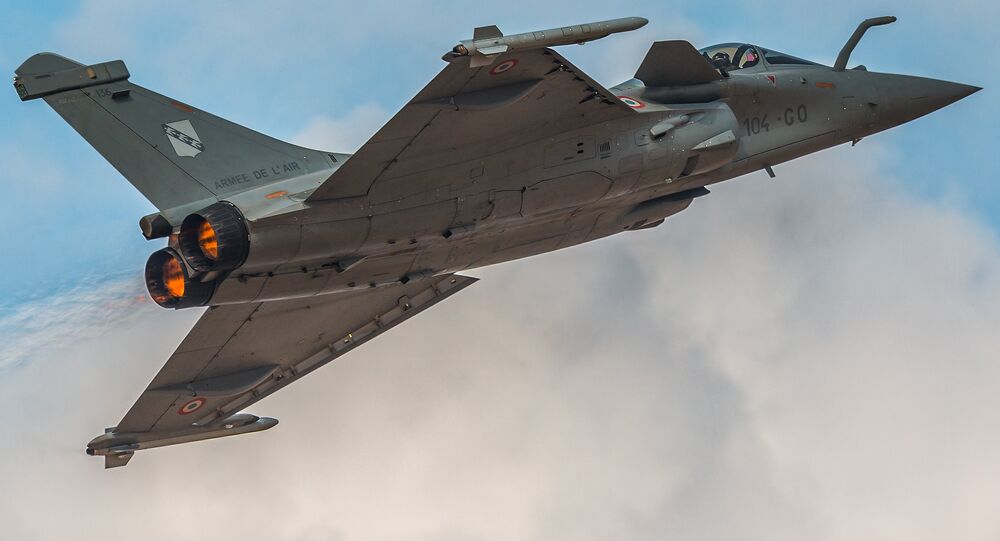 Two days after the Paris deadly terrorist attacks, the French aviation has launched a massive airstrike campaign against the positions of the Islamic State militant group in Syria, the defense ministry said in a statement.

MOSCOW (Sputnik) — According to the ministry's Sunday statement, a command center and a training camp were destroyed in the strike which hit the ISIL stronghold of Raqqa.

"The first target destroyed was used as a command center, a center for preparation of jihadists and an ammunition depot. The second target was a camp for training of terrorists," the statement said.

According to the ministry, 10 planes were involved in the operation.

France is part of a US-led international coalition bombing Islamic State positions in Iraq and Syria.

On Friday night, eight extremists wearing explosive belts attacked several venues across Paris, killing 129 people and injuring over 350 at restaurants, the Bataclan concert hall and in the vicinity of the Stade de France stadium. Responsibility for the attacks was claimed by the Islamic State.

Impossible to Be Certain 'Jihadi John' Dead in US Airstrike - Cameron

US '99%' Sure Its Airstrike in Syria Killed 'Jihadi John'