Renewal of the United Kingdom's nuclear deterrent program, the Trident system, is wasteful spending of resources when the country is not faced by any external threat that could be repelled by nuclear arms, the Green Party spokeswoman for peace and disarmament told Sputnik on Wednesday.

"Trident reduces our security and is a waste of resources whether it's priced at £25 billion or £167 billion, as the latest estimates indicate," Lesley Grahame said.

She added that the current UK government's determination to replace Trident was "irresponsible," since there was no convincing defense case, an incredibly high price tag, and a growing number of UN member states pledging to take forward negotiations to prohibit nuclear weapons forever.

"The Green Party believes our resources should be spent on real security — such as food security, protecting the climate, disarmament, diplomacy and peace building. No governments should be wasting money on building more weapons of mass destruction," Grahame stressed. 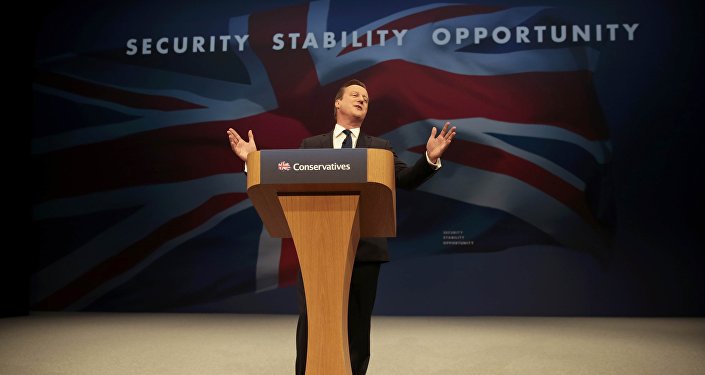 © REUTERS / Phil Noble
Britain to Order Four New Trident Submarines - Cameron
The UK parliament will vote on a successor to the Trident program next year. At the same time, the government is discussing deep public spending and welfare cuts that will primarily affect low-income families.