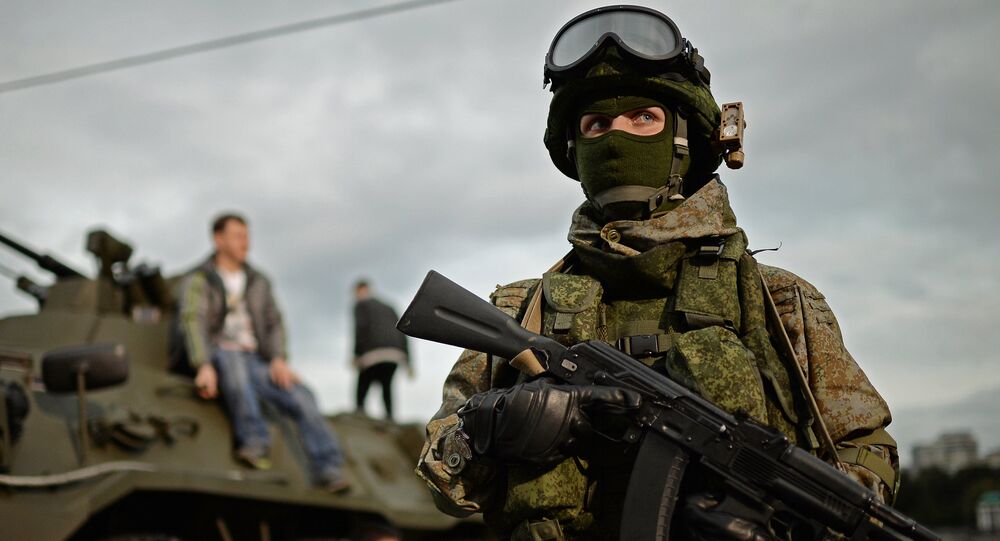 The Russian army’s Ratnik uniform kit could be equipped with drone that has no global analogues, according to deputy head of Izhmash Unmanned Systems arms manufacturer.

"We have developed the Mukha unmanned complex… It is able to fly for 5 kilometers [about 3 miles] over a span of 40-45 minutes. The complex allows a soldier or a small unit to look around in 4-5 kilometers. The drone is carried in a special packing that can be equipped with Ratnik," Evgeny Zaitsev told RIA Novosti.

© Sputnik / Alexey Filippov
Ratnik-2 Will Turn Soldiers Into ‘Intellectual Fighting Machines’
He added that Mukha has no global analogues.

Izhmash Unmanned Systems is a Russian developer and manufacturer of UAVs. The company has developed Takhion UAV as well as a product line of Granat drones for the Russian Armed Forces.