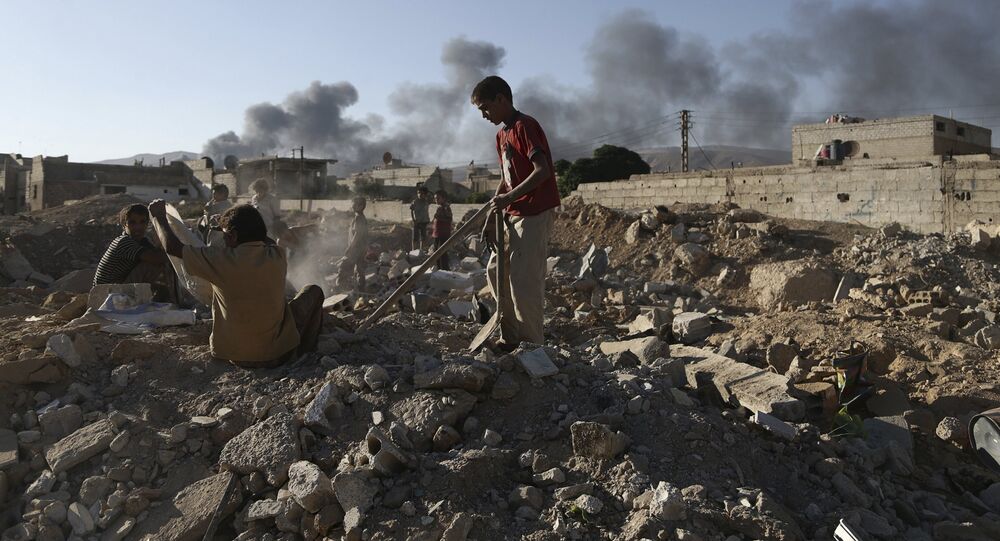 MOSCOW (Sputnik) — The upper house of the Russian parliament approved the deployment of Russian air forces to Syria on Wednesday to fight extremists, such as Islamic State. This decision came days after Russia, Syria, Iran and Iraq signed a deal to create the Baghdad Information Center for intelligence and security cooperation against terrorists.

"Further spread of ISIL is a common threat for all countries. As for information coordination, it is an urgent need for every nation involved, rather than a fragile agreement," Dmitry Peskov told reporters.

Asked if Russia considered the Free Syrian Army a terrorist group, Peskov replied, "Does it still exist? Has the majority of its fighters not switched sides and joined ISIL?" The spokesman added there were conflicting reports about the current allegiance of former FSA militiamen.

Peskov pointed out that Russia did not regard all armed forces fighting against troops loyal to Assad as extremists, a perception that has been popularized in western media.

"No, you got it wrong," he said. "We are only talking about extremist and terrorist groupings," Peskov emphasized, adding that groups which joined ISIL ranks were among the targets.

Syria has been mired in a civil war for four and a half years, with the army loyal to Assad fighting several opposition factions and numerous militant groups, including ISIL and the al-Qaeda affiliated Nusra Front.