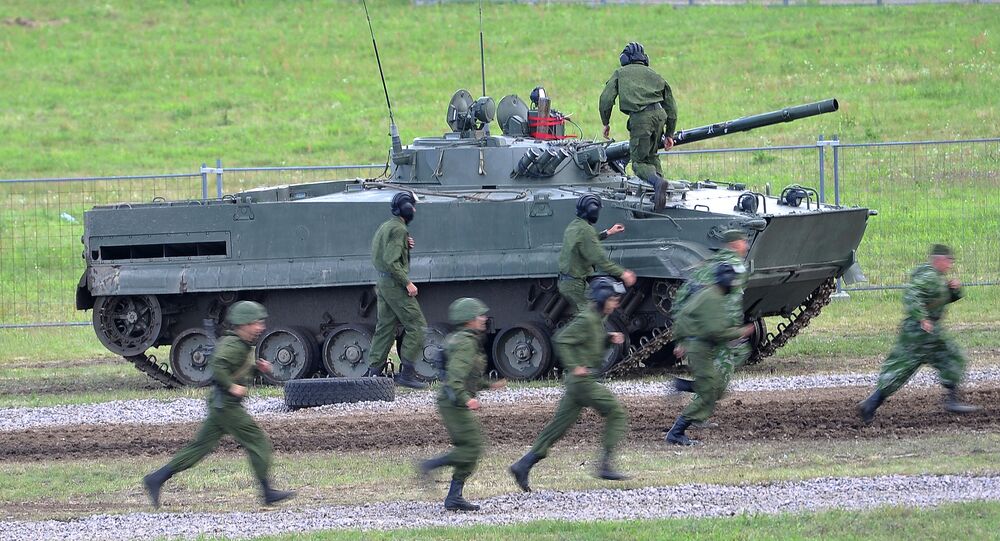 A representative of the Kurganmashzavod company said that there are about 700 BMP-3s in the UAE, 135 of which are being modernized to increase combat capability under a 2013 contract with Russian arms export agency Rosoboronexport.

MOSCOW (Sputnik) – Russia plans to finish upgrading a large portion of its BMP-3 infantry fighting vehicles for the United Arab Emirates by late 2015 to early 2016, the manufacturer announced Friday.

"We plan to conclude this work by late this year or early next year," a representative of the Kurganmashzavod company told RIA Novosti.

There are about 700 BMP-3s in the UAE, 135 of which are being modernized to increase combat capability under a 2013 contract with Russian arms export agency Rosoboronexport, the representative explained.

Tractor Plants is one of the many domestic and foreign companies exhibiting at the 10th annual Russia Arms Expo RAE-2015 international arms show, entering its third day in the city of Nizhny Tagil.

Earlier, a Tractor Plants official told the agency it had received requests for the acquisition of an estimated two battalions of BMP-3s from Morocco and Myanmar.