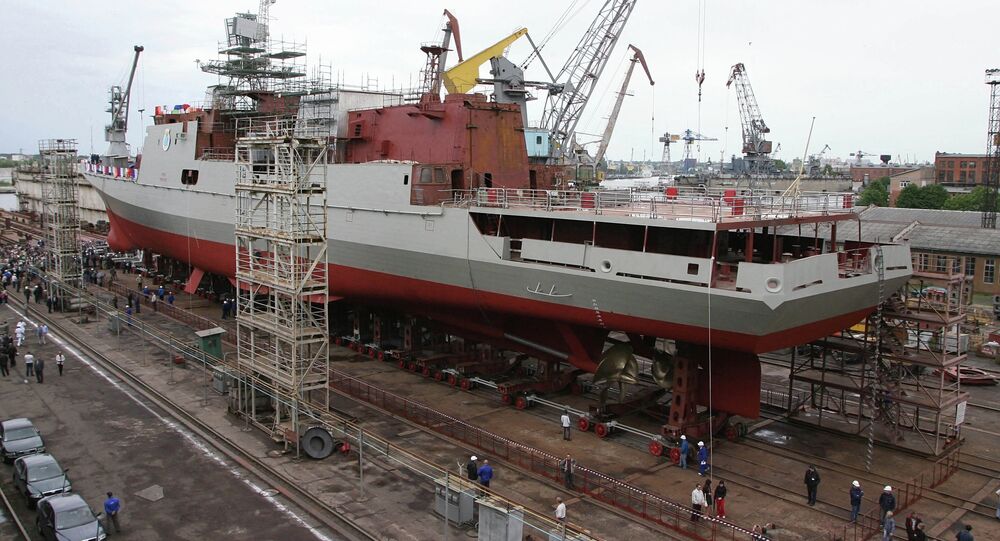 MOSCOW (Sputnik) — The Admiral Makarov is the third in a series of six Admiral Grigorovich-class vessels being built for the Black Sea Fleet.

"The Admiral Makarov frigate of the Project 1135.6 has effective and sophisticated anti-ship and anti-submarine weapons, as well as an air defense system to repel airstrikes. The ship is able to carry out tasks in remote sea and ocean areas," he said.

© Sputnik / Vasiliy Batanov
Russia’s Black Sea Fleet Gets Significant Boost for First Time After Pause
The ship is expected to join the Russian Navy in 2016, once fit out work and subsequent tests have been completed.

The Project 1135.6 frigates, with a displacement of 4,000 tons, are designed for anti-ship and anti-submarine warfare as well as for air defense missions, operating both independently or as part of convoys and naval task forces.

The Black Sea Fleet is stationed in both Crimea and the neighboring Krasnodar Region and operates in the Black and Mediterranean seas.