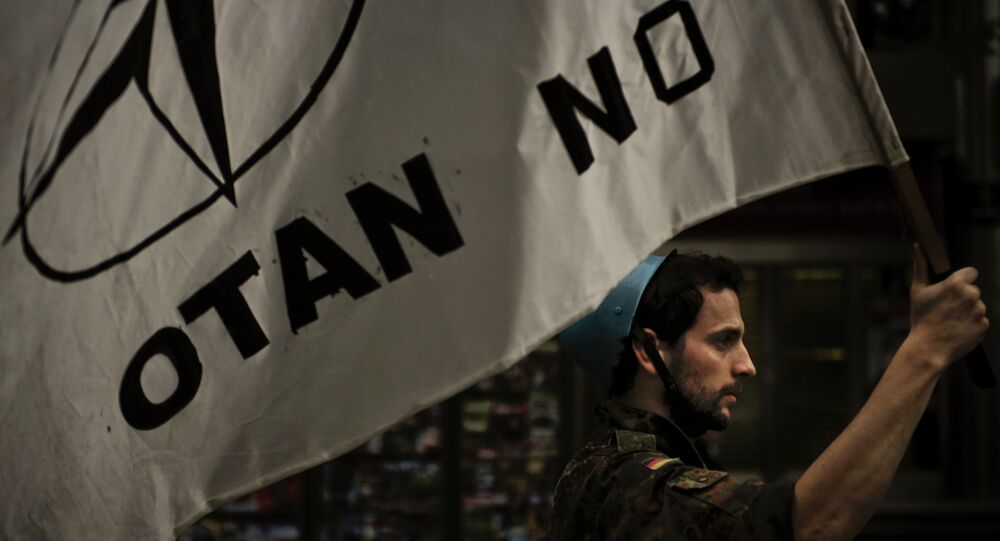 The deployment of the NATO troops in the Spanish city of Zaragoza entails risks for the local population and the environment, that is being concealed from the public, Miguel Martinez Tomey, responsible for EU affairs in the Chunta Aragonesista political party, told Sputnik.

MADRID (Sputnik) — Approximately 36,000 personnel from over 30 NATO and partner nations will participate in the NATO Trident Juncture drills from September 28 to November 6, that will take place in Spain, Italy, Portugal, as well as in the Mediterranean Sea and the Atlantic Ocean. Some 9,000 of them will be accommodated in Zaragoza.

"We have several European initiatives denouncing the effects and danger of the maneuvers in the firing ranges similar to being used by NATO in Zaragoza," Martinez Tomey said.

According to the politician, the drills jeopardize the health of citizens and the environment.

"They expose populations to toxic and radioactive waste from weapons used," he stressed, adding that these residues can reach people through aquifers, air pollution.

"We do not know if they are using radioactive projectiles in Zaragoza," Martinez Tomey said.

He added that another important aspect of the situation is the lack of information about the exercise.

"They have not given us any information about specific operations being carried out in Zaragoza," he said, adding that the government "expose to the public only good side of the issue and hides the dangers involved in these operations."

© AFP 2021 / DANIEL MIHAILESCU
Defense, You Say? NATO Unveils Six Command Centers in Eastern Europe
According to the politician, the authorities put emphasis in the number of NATO troops who will come because they will generate spending in the city, but do not talk about the consequences.

The pronounced aim of the Trident Juncture drills is to train and test the NATO Response Force, a technologically-advanced high-readiness unit comprising land, air, maritime forces.

Spain joined NATO in 1982. Today Spain maintains two military bases with a permanent US presence – an air base in Seville and a combined air and naval base in Cadiz.