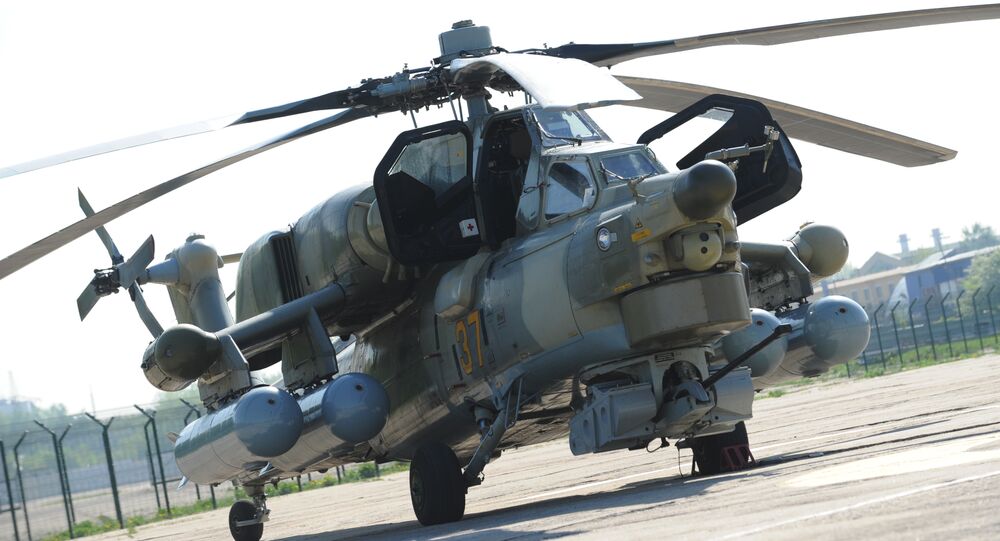 Pilots flying the modernized version of Russia’s Mi-28N attack helicopters will receive a new helmet imaging and targeting system. The device was unveiled at the MAKS-2015 air expo on Saturday.

The new helmet imaging and targeting system was designed to display all the necessary visual information and for aiming at targets in any field of view.

© Sputnik / Vladimir Pesnya
Ad Astra: Russian Tu-160 and PAK DA Strategic Bombers to Use Star Power
The new invention is an integral element of the Mi-28NM – the younger brother of the Mi-28N. The improved Night Hunter is an all-weather gunship, capable of operating at any time of day or night. Russian engineers have been developing it since 2009. The helicopter is passing its final trials.

The Mi-28NM will boast a modern navigation and reconnaissance system. Its steering unit will provide for a blind landing.

The manufacturer’s CEO also pointed out that the enterprise was participating in the creation of avionics for Sukhoi T-50 PAK FA jets.

The Mi-28N gunship is armed with a 30mm cannon, guided missiles and free rockets. The Night Hunter can locate and destroy armored vehicles, personnel, small surface ships, and low-speed air targets and fortifications, as well as lay mine fields day or night in adverse weather conditions.