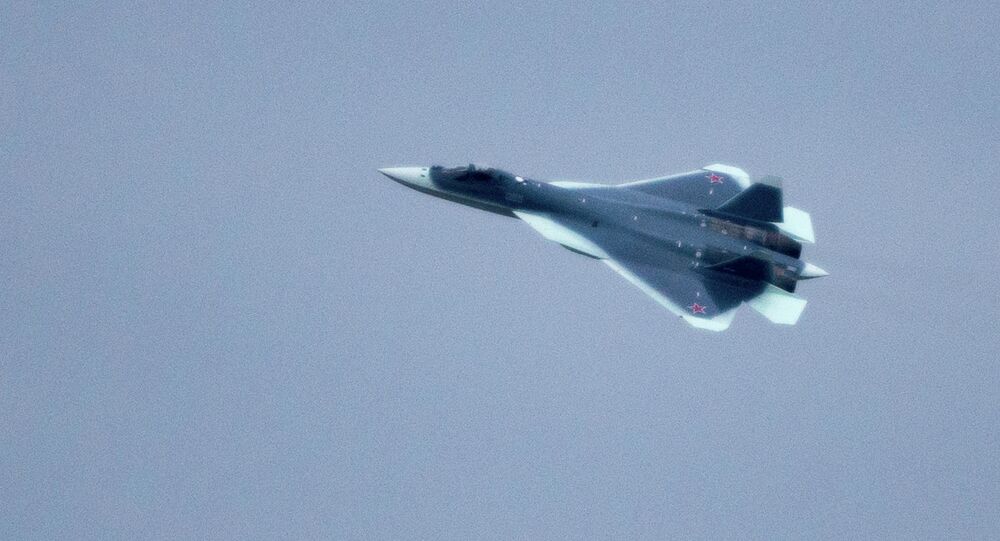 Russia's fifth generation fighter jet has been outfitted with a unique fully digital weapon guidance system offering the pilot fire-and-forget capabilities that allow the aircraft to lock on a target and hit it when it is no longer in line-of-sight.

"The guidance system conducts preliminary target allocation and the pilot can confirm or adjust it. As soon as the launch is approved, the system automatically uses all types of weapons – missiles, bombs and so forth," Vladimir Mikheev noted.

KRET has developed over 70 percent of the PAK FA's avionics.

© Sputnik / Grigoriy Sisoev
Combat Ready: PAK FA Gets Improved Highly Maneuverable Missiles
The Sukhoi PAK FA under development in Russia is a single-seat, twin-engine jet fighter designed by the Sukhoi Design Bureau. Its unique features make it the best in its class among other similar aircraft in the world and it is the first operational aircraft in Russian service to use stealth technology.

The United States Armed Forces operate the only combat-ready fifth-generation fighter in the world, the Lockheed Martin F-22 Raptor. Several other next-generation jets, including the notorious Lockheed Martin F-35 Lightning II, are in various stages of development in the US, Russia and China.
Some experts say PAK FA is superior to the US jets.

"The analysis that I have seen on the PAK FA indicates a pretty sophisticated design that is at least equal to and some have said even superior to US fifth-generation aircraft," the National Interest quoted former US Air Force intelligence chief Lt. Gen. Dave Deptula as saying.

Happy #NationalAviationDay! In honor my favorite fighter jet the the T-50 pic.twitter.com/WUphx8rtUJ

#MAKS2015 MiG 29 to the T-50 stealth jet — all the legends of Russia aerospace in a line pic.twitter.com/zg2diSzCuP

The Sukhoi PAK FA, also known as the T-50, is currently undergoing testing. It is expected to enter mass production next year and to be commissioned in December 2016.