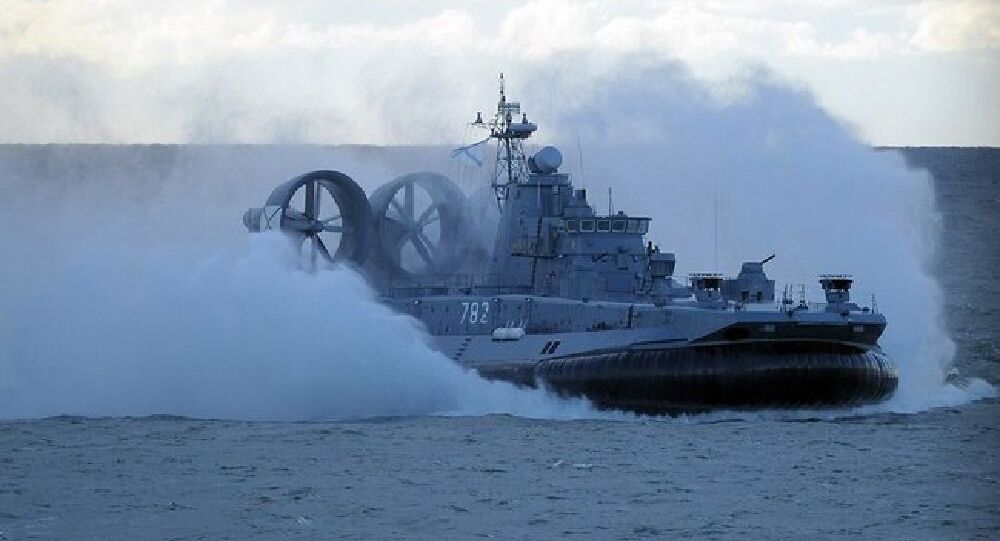 Russia may re-launch the manufacture of air-cushioned landing craft with better capabilities.

"We are ready to submit a project of a new LCAC: we have already designed its armament and power systems," the head of the Almaz Central Marine Design Bureau told RIA Novosti.

The two projects, 12322 Zubr (NATO name "Pomornik") and 12061 Murena (NATO name "Tsaplya"), were equipped with Ukrainian engines. Now, the CEO said, Russia can substitute them with its own motor systems.

Hovercraft are capable of moving on ground, marsh and water, evade ditches, trenches and minefields, and insert a force into the area deep in the enemy's defense.

The Zubr air-cushion landing ships are the largest in the world. A Zubr can transport three battle tanks, or 10 APCs, and up to 500 troops. The armored vehicle is equipped with two artillery guns, MANPADs, close-in weapon systems, rockets and missiles, and it can lay mines. It has protection from weapons of mass destruction.

The Murena air-cushion landing craft can deliver two APCs or one medium-size tank, or 130 troops. It is armed with the Igla MANPADs, close-in weapon systems and mines.