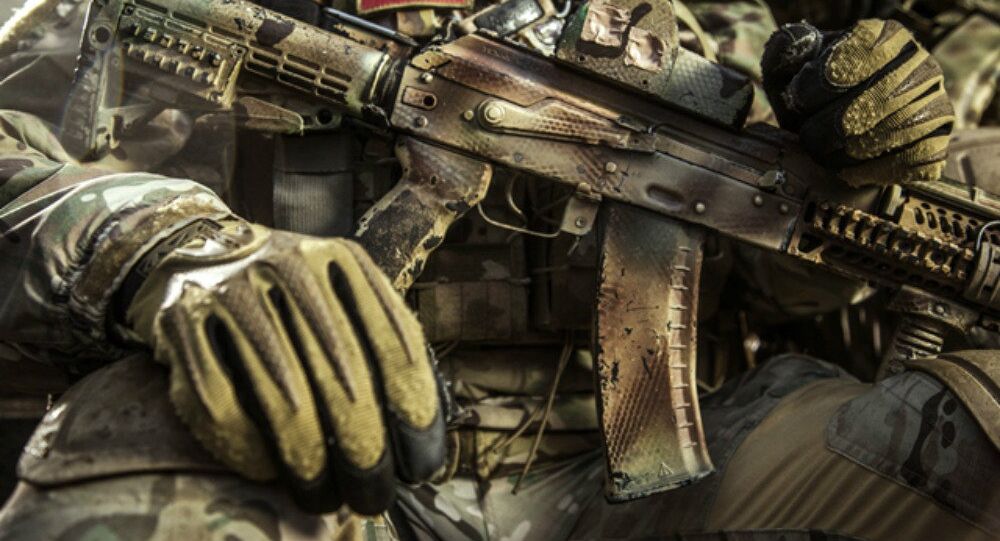 © REUTERS / Stringer
Kalashnikov to Implement Production Development Program by 2020, Bring in Additional $54 Mln
MOSCOW (Sputnik) – The inaugural Army-2015 forum will be held on June 16-19 outside Moscow, with over 1,000 defense companies and weapon manufactures expected to take part.

"At the Army-2015, [forum] we will present a variety of our brand new small-arms products, as well as drones and modern landing craft," the press service quoted Kalashnikov General Director Alexei Krivoruchko as saying.

The company also plans to show off a new remote weapon system to be mounted on the Typhoon-class mine-resistant vehicle and on the BK-16 landing boat.

Kalashnikov small arms to be displayed at the expo include the latest version of the AK-12 rifle, as well as upgraded versions of the SVD-M Dragunov sniper rifle and the AK-74M assault rifle.