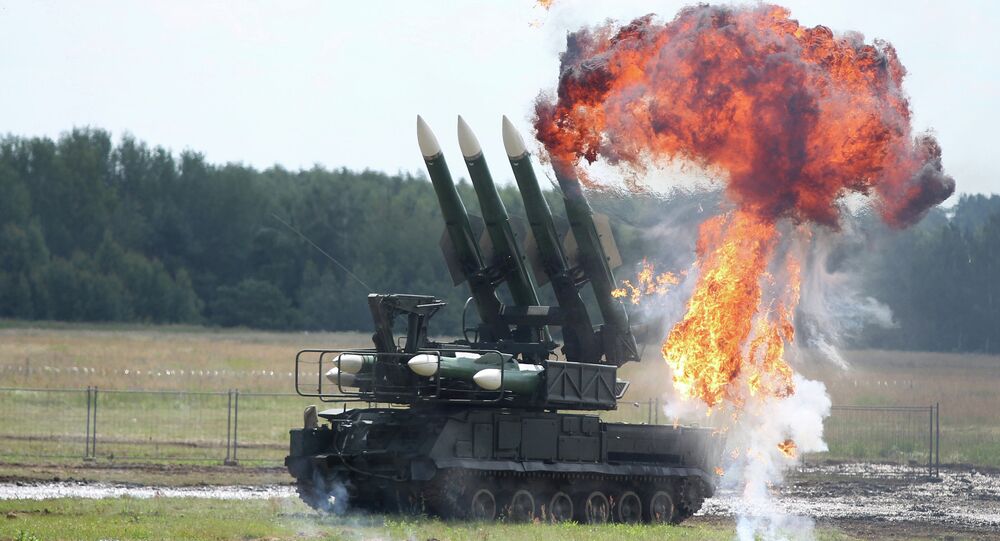 MOSCOW (Sputnik) — Kiev's claims about the absence of Buk air defense systems in service with the Ukrainian army are absurd, a spokesman for the Russian Defense Ministry said Friday.

On Thursday, Ihor Smeshko, an adviser to the Ukrainian president, refuted Russian arms manufacturer Almaz-Antey’s conclusion that the Malaysia Airlines flight MH17 had been shot down from a Buk-M1 launcher in the area controlled by Kiev forces, arguing that Kiev had sold its last Buk to Georgia prior to the tragedy.

"There are satellite images, photographs, delivery contracts, witness accounts. This fact is so obvious it cannot be disputed," Maj. Gen. Igor Konashenkov said.

The investigation into the crash that killed all 298 people on board on July 17, 2014 is headed by the Dutch Safety Board. According to a September preliminary report, the plane was hit by multiple high-energy objects causing it to break up in mid-air. The final report on the crash is due by October 2015.

Kiev forces and Donbass independence supporters have repeatedly blamed each other for the tragedy.