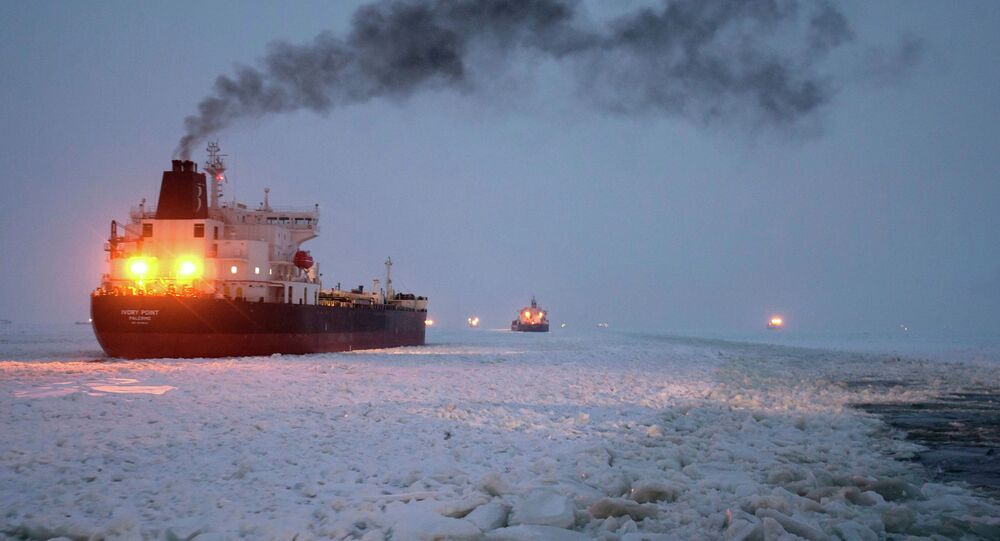 Together with the Russian Navy, one of the country’s top scientific institutes has developed a series of cutting-edge new military hardware and technology.

Russia has always been a world leader when it came to developing new military hardware and technologies. Sputnik reveals the top 5 projects of Russia's central scientific research institute "Kurs."

© Sputnik / Alexander Liskin
Why is the Arctic Important for Russia?
As Russia sets its eye on developing the Arctic and making it a key region in the near future, the institute has developed an original method of breaking the Arctic ice — an ice-slashing laser. The powerful laser will cut through the thick Arctic ice like a hot knife through butter by cutting off the top layers. After that Russian icebreakers can easily go through the rest of the ice.

A new underwater navigator is currently being tested by the Russian Navy. The device can work in depths of over 80 meters (262 feet) for more than 7 hours, providing underwater navigation and communication between groups of frogmen. The special feature of the device is biometric sensors that measure the heart and breathing rates of divers and transmit them back up to a base. The navigator weighs only 7 kg (15 lbs.), which makes it extremely easy to carry around underwater.

A new underwater rescue kit has been designed to save the lives of pilots who crash land in water. The rescue kit allows the pilot to escape from a sinking aircraft from depths of over 30 meters (100 feet). The kit consists of an oxygen bottle that starts automatically when a person starts breathing. The rescue kit can also be used to escape from toxic, gassed areas, as well as a reserve air kit for frogmen.

© Sputnik / Mikhail Voskresensky
Russia's New Armata Tank Can Be Upgraded to Robot - Official
The institute is about to install the new Armata platform onto amphibious vehicles. Marine ships equipped with the new impenetrable armor can go as fast as 14 — 16 km/h, have a sea-keeping performance of up to grade 5 and carry 50 soldiers or 8 tons of equipment. Furthermore, there are rumors coming from "Kurs" that military engineers plan to make the new T-14 Armata tank amphibious. Now that would be crazy!

No, they're not the Flying Dutchman, but equally intimidating. Last year, the institute held trials for an unmanned marine vehicle. The vehicle could automatically dock, navigate through its course and avoid natural and artificial obstacles. Although the unmanned ship was developed largely for civilian purposes, it could certainly be used for military goals.