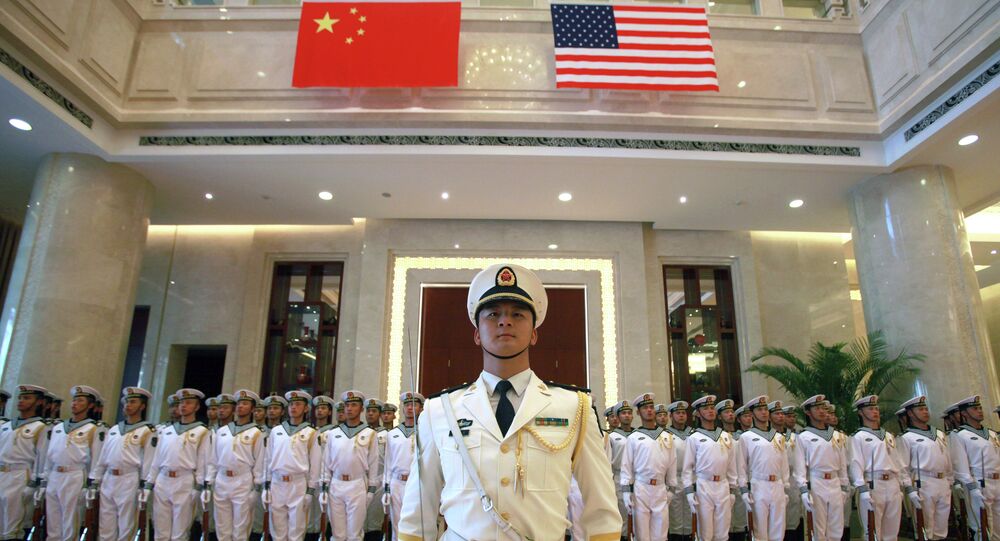 China hopes to continue developing military ties with the United States in the face of growing differences between the two countries, the Chinese Defense Ministry spokesman said Tuesday.

BEIJING (Sputnik) — Yujun also called for enhanced mutual trust, resolving differences on a mutually acceptable basis and avoiding crises. He added Beijing always counted on a positive engagement with the US in the Asia-Pacific region to uphold peace, security and stability.

"We hope the US side will make every effort with the Chinese side to mutually respect both countries' core interests and concerns… [and] promote the ongoing development of relations in the military field," Sr. Col. Yang Yujun said at a press conference.

Commenting on the US reconnaissance aircraft's flight last week over the South China Sea, the spokesman emphasized that Chinese armed forces acted professionally and within the law.

© AP Photo / Eric Talmadge
China Jams US Spy Drones Over Disputed South China Sea Islands
Last Thursday, CNN reported that a Chinese naval vessel issued eight warnings the previous day to a US P8-A Poseidon advanced surveillance aircraft asking it to "please go away… to avoid a misunderstanding." US pilots reportedly responded with assertions that they were flying in international airspace.

"In truth, the US military has long been keeping close reconnaissance and surveillance operations in China; the Chinese army takes the necessary, legal and professional steps in response on an equally constant basis," Yujun said at the conference.

He argued that the subject's sudden popularity in mass media may suggest certain powers' attempts to discredit the Chinese military and exacerbate regional tensions.

Washington urges the parties to negotiate and avoid tensions, while simultaneously seeking to strengthen its strategic alliance with a number of regional countries in dispute with Beijing.