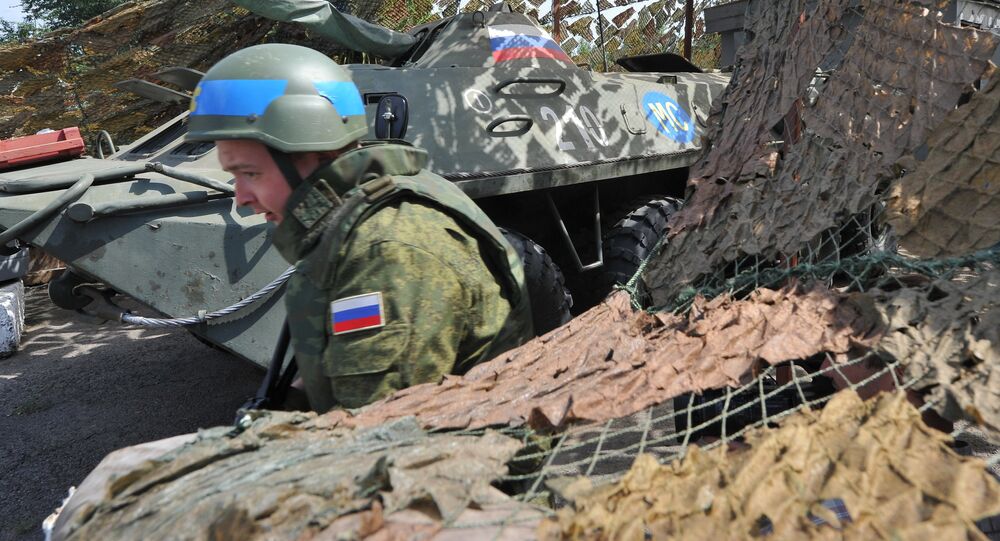 Commenting on Ukraine's decision to join in Moldova's effective blockade of Russian peacekeeping forces in Transnistria by scrapping their transit rights, Russian Deputy Prime Minister Dmitri Rogozin noted that Kiev has effectively betrayed its own citizens living in the breakaway republic.

© Flickr / Nils Geylen
Moldova Seeks to Ban All Russian TV News and Analysis Programs
Ukraine's decision last week to scrap transit rights for Russian peacekeepers to Transnistria has effectively blockaded the Russian peacekeeping forces serving in the breakaway republic, with Kiev effectively closing the corridor peacekeepers used to make it to their posts.

Commenting on the situation for business newspaper Kommersant, Russian Deputy Prime Minister Dmitri Rogozin stated that "this is a betrayal by Ukraine of their own citizens living in Transnistria, who number at least 60,000.  From now on, it will fall on Russia's shoulders to ensure their protection."

Rogozin stated that the Russian Ministry of Defense had been "ready for such an eventuality in advance and has worked out a number of ways out of the situation." As a result, the blockade will not affect the provision of supplies to the peacekeepers. The deputy prime minister noted that "food will be purchased on site," while the existing military equipment in the frozen conflict zone is "quite enough" for the peacekeepers' needs. In fact, given that one of the Russian peacekeepers' primary duties has been to guard large weapons stocks left over from the Soviet period,  Rogozin argues that "in such a situation, Kiev negates the possibility of removing weaponry" from the conflict zone.

© RIA Novosti . Sergei Kuznetsov
Kiev's Blockade of Transnistria a Threat to Regional Security – FM
At present, the Russian peacekeeping contingent consists of a motorized infantry battalion equipped for peacekeeping, a guard battalion and a helicopter detachment, along with several support units, amounting to a total of about 1,000 personnel. Among them are Russian Transnistrians (about 160,000 residents of the self-proclaimed republic have Russian citizenship) as well as personnel, mostly officers, from Russia.

Kiev's decision to scrap transit rights to the breakaway republic effectively means that the only option open to Russian personnel heading to the area is to enter via Moldova, although in practice, Kommersant has reported that Moldovan authorities have detained and deported about a hundred Russian servicemen since last October. Moldova has demanded that Russia informs them of any military servicemen coming to the country a month ahead of their arrival. However, at the same time, Moldova does not recognize the Russian peacekeeping mission's official status, making any military personnel who declare their association with the peacekeeping force subject to deportation.

Last week, Transnistrian Foreign Minister Nina Shtanski called Kiev's decision 'illogical', noting that the Transnistrian government has been forced to reevaluate whether Ukraine will remain one of the guarantors of peace and stability in the region.