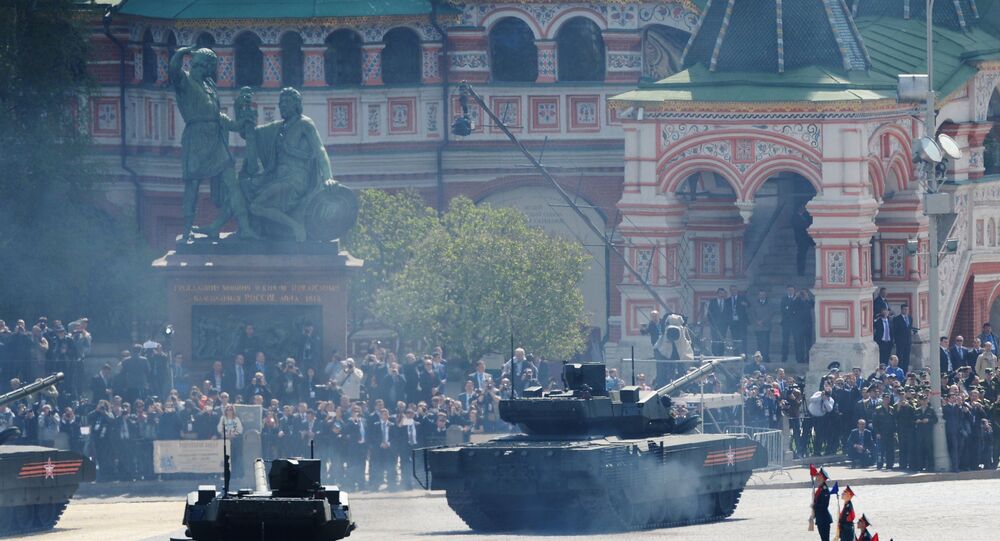 “[The weapons] deserve a high expert opinion. All trials should be completed as soon as possible, and serial production should begin.”

Putin said at a meeting to discuss modernization of Russia’s armed forces that serial production of the new military hardware should begin as soon as possible.

© Sputnik / Host Photo Agency
New Russian Kurganets-25 IFV Uses 'Playstation' Controller
Among the plethora of military vehicles that rolled through the Russian capital last Saturday was the Armata T-14 battle tank, a heavy tracked vehicle platform that will be used as a basis for the next-generation of Russian battle tanks and other combat vehicles.

The Kurganets-25 armored personnel carrier (APC) was also on display at the parade commemorating the Soviet Army's victory in World War II 70 years ago. Russia's new types of infantry fighting vehicles and APCs, based on the Kurganets-25 tracked modular platform, are set to be introduced in 2020.

A fifth-generation intercontinental ballistic missile, the RS-24 Yars (SS-29), capable of carrying multiple nuclear warheads and evade missile defense systems at a range of up to 7,500 miles, was also front and center at the parade. The RS-24 Yars is expected to be the mainstay of Russia's ground-based nuclear triad and account for 80 percent of the Strategic Missile Forces' arsenal by next year.