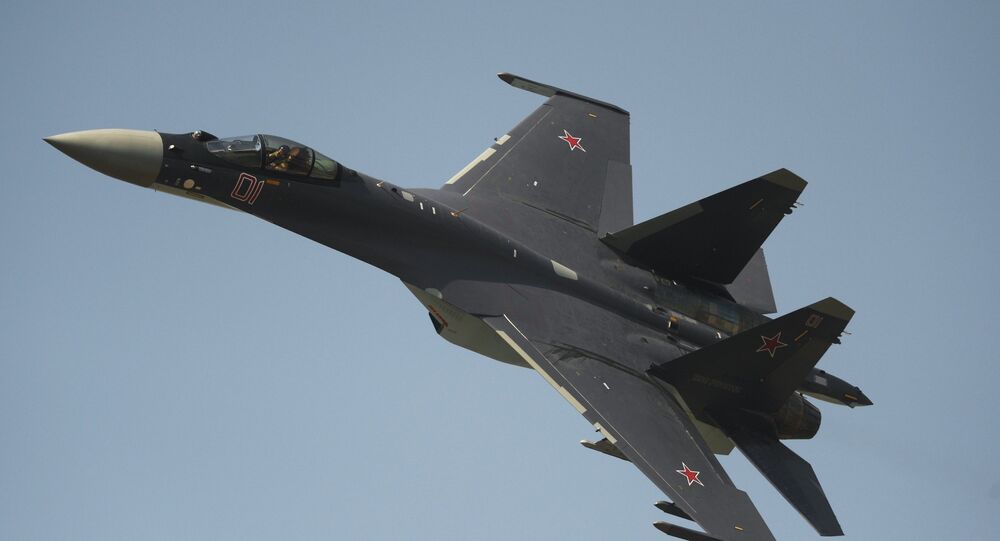 Sukhoi Su-35 (Flanker-E) supermaneuverable multirole fighters have been relocated from the Khabarovsk Territory to the Primorsky Territory to take part in the tactical flight training, involving fighter jets and assault aviation, Russia's Ministry of Defense said.

© Sputnik / Igor Zarembo
Full Speed Ahead: Russia Starts Caspian Naval Drills
On Wednesday, Su-27 and MiG-31 jets were scrambled to protect the airfield and the regiment during the first phase of the exercises.

After warding off the attack and performing advanced aerobatics the aircraft landed at a tactical airfield.

Approximately 500 servicemen and over 30 fighter jets are taking part in the drills, which will end on April 11. The Russian Defense Ministry has announced plans to conduct at least 4,000 military exercises throughout the country in 2015.