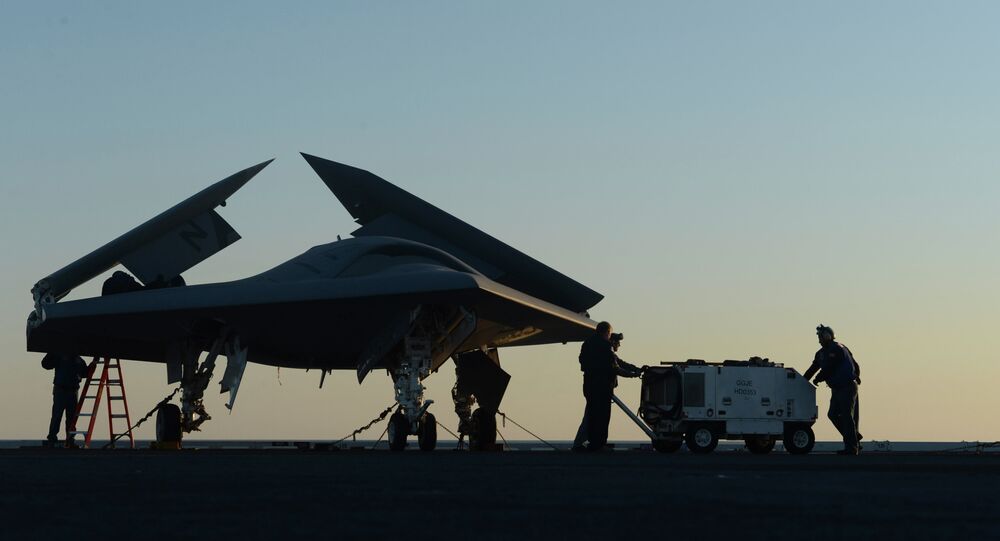 The UCLASS is the US Navy’s project to develop an unmanned aircraft able to launch from aircraft carriers to provide strike capability, ISR and air support in complex war environments.

“I am concerned that the current requirements proposed for the Unmanned Carrier-Launched Airborne Surveillance-Strike (UCLASS) program place a disproportionate emphasis on unrefueled endurance to enable sustained ISR support to the carrier strike group,” McCain stated.

The emphasis would result in an aircraft design with serious deficiencies in both long-term survivability and its internal weapons payload capacity, he added.

© AP Photo / US NAVY
US Navy Seeks Drastic Increase in Tomahawk Missiles on Attack Subs
The project has experienced a number of delays amid a debate about what features should have priority given cost and available technology.

“This program will have far-reaching implications for the future of naval power-projection,” McCain said in his letter to the Secretary of Defense. “Given both its warfighting importance and the reality of a constrained fiscal environment, it is essential that we prioritize the right set of requirements today to prepare our Navy and the joint force for the future.”

McCain explained he advocates an advanced UCLASS capable of ISR, long air unrefueled endurance, strike capability of up to a 4,000 pound payload, advanced radar and the ability to stay in the air for multiple days when refueled.

“This would expand the strike range and lethality of the carrier strike group, thereby ensuring its role as the preeminent tool of naval power projection,” McCain said.

US defense contractors Boeing, General Atomics, Lockheed Martin and Northrop Grumman are designing and testing various versions of a future UCLASS, each with different features and strengths. The US Navy will ultimately decide which UCLASS to develop in accordance with ISR, endurance and strike capabilities and priorities given the budget environment.