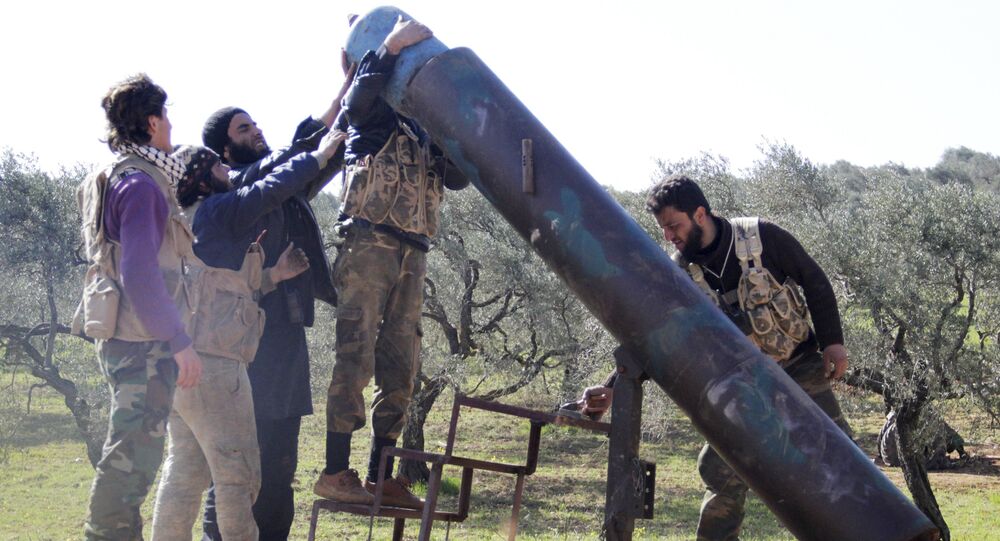 A major offensive has been launched on the city of Idlib in northwestern Syria by members of the al-Nusra Front terrorist organization and other rebel groups, a military source has told Sputnik Arabic.

Islamic State Has Recruited Some 400 Children in Syria in 2015 - Watchdog
DAMASCUS (Sputnik) – The militant's attacks are countered by Syrian government forces, which control Idlib. The military source told Sputnik that around 170 militants have been killed. The number of casualties among Idlib defenders was not available on Tuesday.

"Over 1.5 thousand militants have been carrying out attacks on the city of Idlib for 9 hours. As a result of mortar shelling of residential areas 23 civilians have been killed," the source said on Tuesday.

Three suicide bombers have tried to break into the city in explosive-laden cars, according to the source. Two of them were neutralized on the approaches to the city, however, the third suicide bombers made it to the army checkpoint.

The Syrian army has been fighting against several opposition and rebel groups, including Islamic State extremists and the al-Nusra Front (Jabhat al-Nusra), since the start of an internal conflict in the country four years ago.

Since 2012, Syrian rebel forces have managed to take control of multiple areas in the Idlib province, but the provincial capital has remained under government control.

The ongoing civil war in Syria has claimed nearly 200,000 lives since 2011, according to UN estimates.