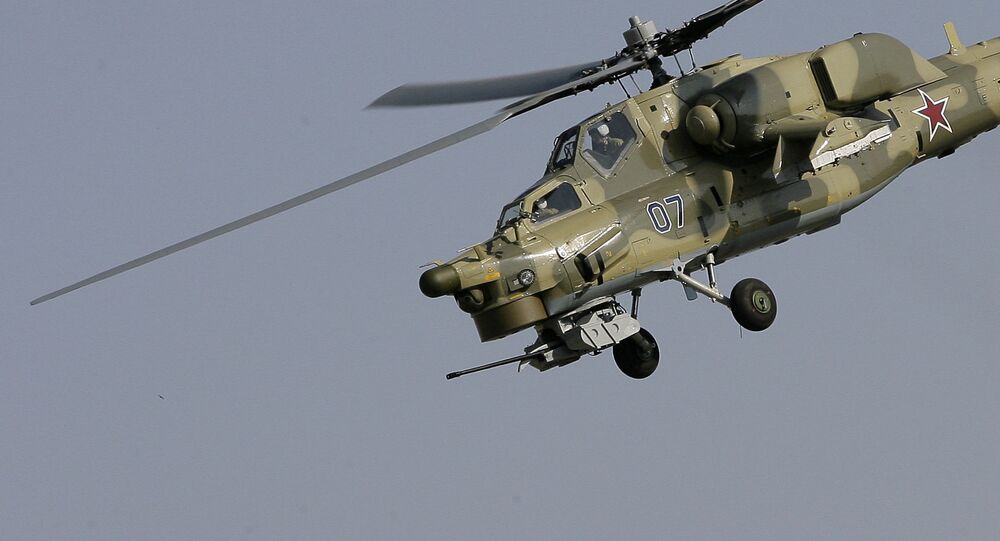 Iraq has received a second shipment of Mi-28NE Night Hunter attack helicopters, which are designed to destroy aerial and ground targets during any time of day and under any weather conditions.

"The Iraqi Ground Forces' Air Corps has received another shipment consisting of two Mi-28NE Night Hunter helicopters," the ministry announced in a press release. According to a video published by the ministry, the helicopters arrive on an An-124-100 jet belonging to Volga-Dnepr airlines.

According to the Moscow-based Centre for Analysis of World Arms Trade, in October 2012 Russia and Iraq concluded a contract to supply 28 Mi-35M and 15 Mi-28NE attack helicopters to the country. The first shipment arrived in Iraq on August 28, 2014.