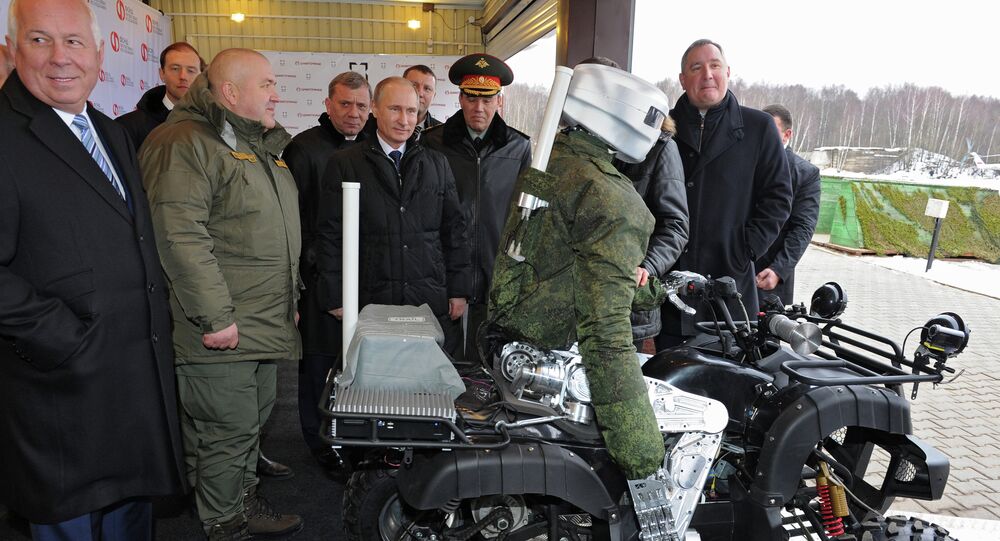 A new robot-avatar, designed to have functions comparable to those of a human being, was revealed to Russian President Vladimir Putin at the Central Institute for Scientific Research Tochmash on Tuesday.

MOSCOW, January 20 (Sputnik) – Russian President Vladimir Putin visited the Central Scientific Research Institute of Precision Engineering Tochmash in the town of Klimovsk, Moscow region on Tuesday, where he was presented to a new robot-avatar that could function similar to a human.

The combat robot was designed to have functions comparable to those of a human being. The machine is expected to be able to effectively work on its own in the conditions of human infrastructure, travel on a variety of terrains, drive a vehicle and provide emergency medical aid.

© Sputnik / Alexei Druzhinin
Putin Says US Military Spending Incomparably Higher Than Russia's
Besides, the new robot, Putin had a chance to examine new protective military equipment that is designed to enhance soldiers’ protection on the battlefield. In addition to the new body armor, new types of guns were also presented to Putin, including a new sniper rifle.

Tochmash is Russia’s leading research institute specializing in the development and manufacture of military equipment, ammunition, optical-electronic devices and small arms training simulators. Tochmash institute was established in 1944 and is currently part of the state-owned technologies corporation Rostec.