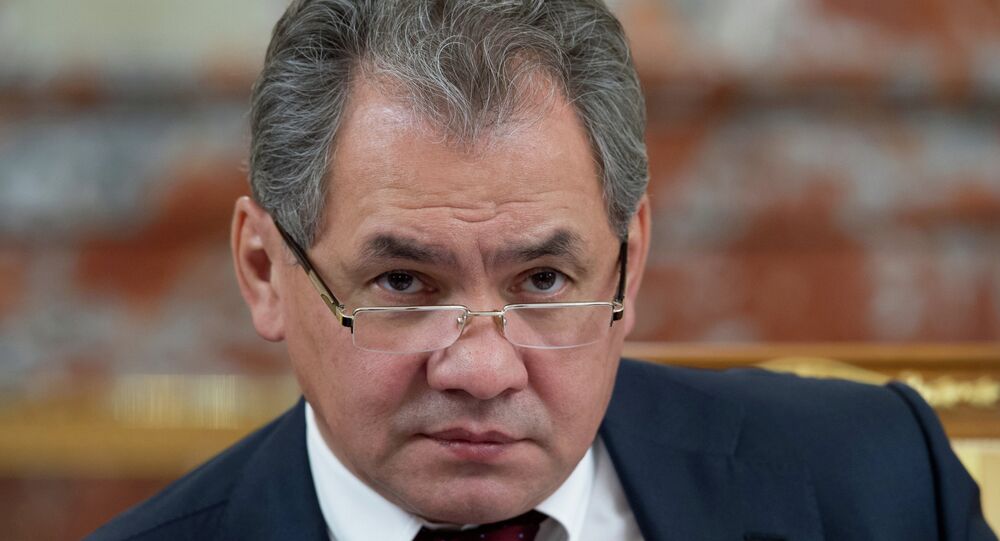 Russian Defense Minister and his Iranian counterpart stressed the importance of developing an intergovernmental cooperation aimed at countering meddling in the affairs of the region by external forces.

“A great step in consolidating these relations [between Russia and Iran] was today’s signing of an intergovernmental agreement on military cooperation. A theoretic base of cooperation in the military sphere has been created,” Russian Defense Minister Sergei Shoigu said after signing the agreement with Iranian Defense and Armed Forces Logistics Minister Hossein Dehghan in the country’s capital of Tehran.

Shoigu added that during negotiations, an agreement was reached on “bilateral cooperation in practical regards and to promote an increase in the military capabilities of the armed forces of our countries.”

Russia and Iran have agreed to confront external meddling in the affairs of the region, Iranian Defense and Armed Forces Logistics Minister Hossein Dehghan said Tuesday.

© Sputnik / Russian Defense Ministry
Russia, Iran to Sign Agreement on Military-Technical Cooperation
“[During negotiations,] the importance of the need to develop Russia and Iran’s cooperation in the joint struggle against meddling in the affairs of the region by external forces that are not part of it was framed,” Dehghan said after a meeting in Tehran with Russian Defense Minister Sergei Shoigu.

After the meeting with Shoigu, Dehghan said that according to both Russia and Iran, the reason for aggravation in the situation of the region was US policy that “meddles in the domestic affairs of other countries.”

Russia and Iran also agreed on increasing the number of port calls by the navies of both countries. “We agreed to expand the practice of making port calls by Russian and Iranian warships,” Shoigu said.

The Russian defense chief, who is visiting Iran for the first time in 15 years, pledged Russia’s commitment to “long-term and multilevel” cooperation with Iran, including in the military sphere. He stressed that common security challenges could be addressed more effectively by boosting such cooperation.

Russian-Iranian military technology ties soured in 2010 when Moscow took part in the UN Security Council sanctions against Tehran over its controversial nuclear program. The sanctions imposed on Iran over the past few decades include a complete embargo on arms sales.

The Center for Analysis of World Arms Trade in Moscow estimates that Russia has lost up to $13 billion in arms contracts because of Western-backed sanctions against Iran.

New Round of Iran Nuclear Talks to Take Place in February