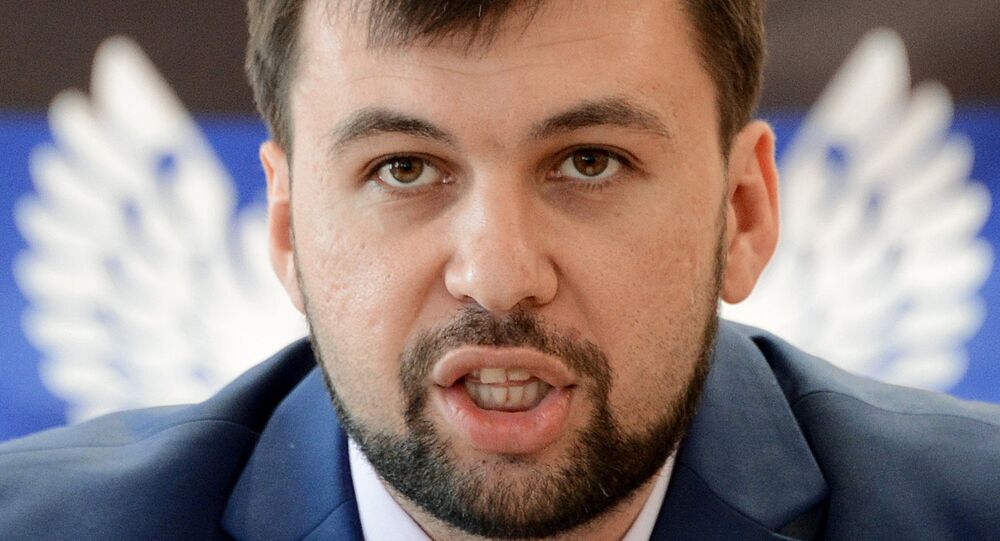 Denis Pushilin, the envoy of the self-proclaimed Donetsk People's Republic (DPR) at the Minsk peace talks stated that a ceasefire in southeastern Ukraine is hardly to be reached, as Kiev does not control a number of its units.

© AP Photo / Mstyslav Chernov
Kiev Ready for New Round of Minsk Talks on Ukrainian Reconciliation
DONETSK, January 19 (Sputnik) – Multiple battalions operating in southeastern Ukraine do not follow Kiev's orders and a ceasefire is unlikely to be reached with local independence supporters in the near future, Denis Pushilin, the envoy of the self-proclaimed Donetsk People's Republic (DPR) at the Minsk peace talks, has stressed.

"Kiev does not control a number of units. Currently, 57 regional battalions are known to exist," Pushilin said in an interview with the Russian Komsomolskaya Pravda newspaper, when asked about the reasons behind the continuing fighting in southeastern Ukraine, which has recently intensified, particularly in the Donetsk area.

According to Pushilin, the broader reasons behind the conflict in Ukraine, which escalated last spring when Kiev launched a military operation against independence supporters in the southeast, is that the new coup-installed Kiev government is not pursuing an independent policy.

"Kiev is currently in a position where it can neither fight nor establish peace. They have no money for war and no people willing to go to war. And they can't achieve peace, because they are not independent in their decisions," the DPR envoy said, adding that the main decision-making center for Ukraine is "across the ocean".

Earlier, Pushilin said it is not possible that the conflict in southeastern Ukraine would end in the near future, as people, conducting special operations in the region, do not follow Kiev's orders.

Fighting in in Ukraine has intensified over the past two weeks in violation of a truce reached in September 2014 in the Belarusian capital of Minsk. Both sides place the blame for ceasefire violations on each another, citing scores of attacks taking place in Donetsk and its airport, which has become a hotspot in the latest outburst of violence.

The volunteer battalions operating in the region were set up in April, 2014, when the Kiev government launched its military operation. According to the United Nations, the actions of Kiev-controlled battalions and the Security Service of Ukraine (SBU) in the east of the country are in violation of human rights.