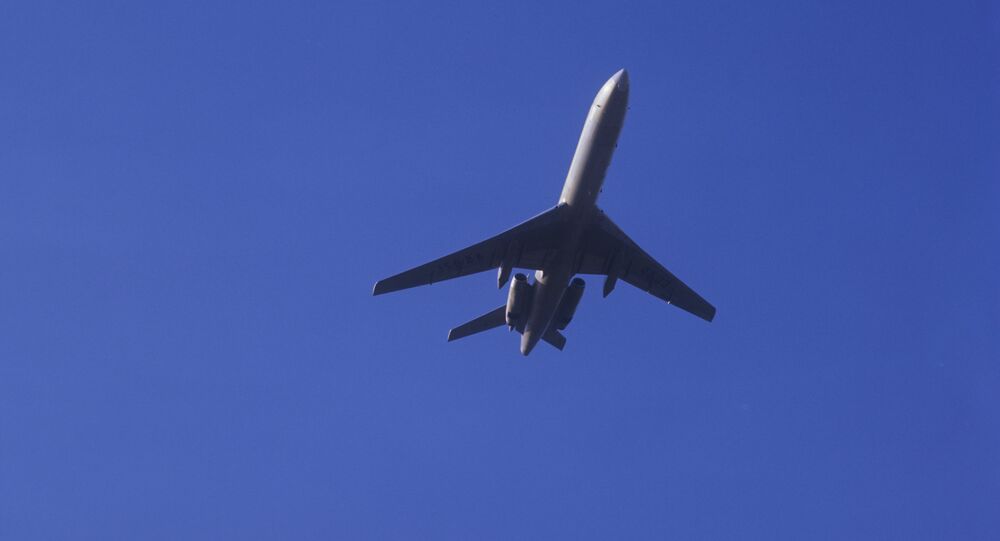 Russian Inspectors to Conduct Observation Flight Over US

Russia's National Nuclear Risk Reduction Center announced that Russian inspectors will conduct an observation flight over the United States in the framework of Treaty on Open Skies.

MOSCOW, December 8 (Sputnik) – Russian inspectors will conduct an observation flight over the United States under the Treaty on Open Skies, head of Russia's National Nuclear Risk Reduction Center has announced.

"Within the framework of the international Treaty on Open Skies a group of Russian inspectors plans to conduct an observation flight on a Russian Tupolev Tu-154M-LK-1 observation aircraft over the territory of the United States," Sergei Ryzhkov said.

According to Ryzhkov, the flight, launched from the Travis Air Force Base in the US state of California, will be conducted on December 8-13, 2014, at a maximum range of 4,250 kilometres (2,640 miles).

The flight is aimed at promoting transparency of military activities through the strengthening of confidence-building measures, Ryzhkov explained. US specialists on board the Russian aircraft will monitor the use of equipment and inspectors' adherence to the Treaty on Open Skies.

The Treaty on Open Skies, which was signed on March 24, 1992, in Helsinki, established a regime of unarmed aerial observation flights over the territories of its 34 member-states.

Russia, Belarus to Fly Over Poland Under Open Skies Treaty