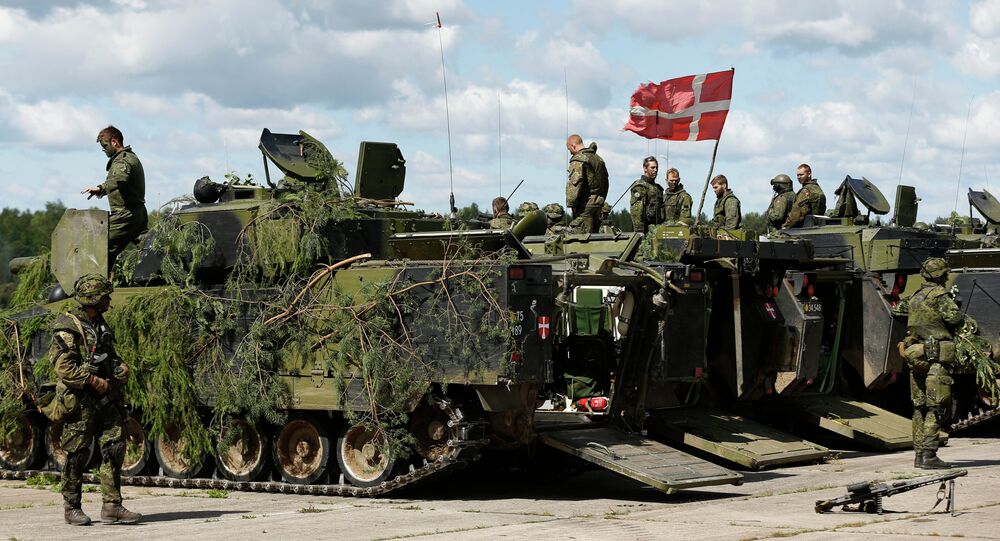 The Lithuanian Defense Ministry announces that a military intelligence unit has arrived in Lithuania from Denmark to take part in joint exercises.

VILNIUS, November 20 (Sputnik) – A military intelligence unit has arrived in Lithuania from Denmark to take part in joint exercises, the Lithuanian Defense Ministry has announced.

"In order to strengthen deterrence in the Baltic region, in accordance with an agreement of NATO countries, military personnel from Denmark arrived in Lithuania on November 19. About 140 of the Danish military servicemen from an intelligence unit will take part in joint exercises with Lithuanian ground force military units," the ministry said in a statement Wednesday.

The 140 Danish soldiers are deployed in Lithuania from the reconnaissance company of the 1st Brigade of the Danish Division and their 70 units of combat materiel include the MOWAG Eagle IV armoured reconnaissance vehicles and military trucks, according to the Lithuanian Defense Ministry.

It is planned that the Danish contingent will participate in training exercises in Lithuania for around one month.

There is also a rotating US ground force contingent deployed in Lithuania, as well as 140 Hungarian soldiers, who are expected to leave the country in late December.

Over the past few months, NATO has been increasing the number of troops stationed in the Baltic region after a political crisis erupted in Ukraine and Crimea reunified with Russia in March.

Russia has repeatedly expressed concern over the military bloc's creeping expansion in Eastern Europe, specifically in Poland, Latvia, Lithuania and Estonia. Russia believes that NATO expansion is a threat to its national security and the stability in the entire region of Eastern Europe.