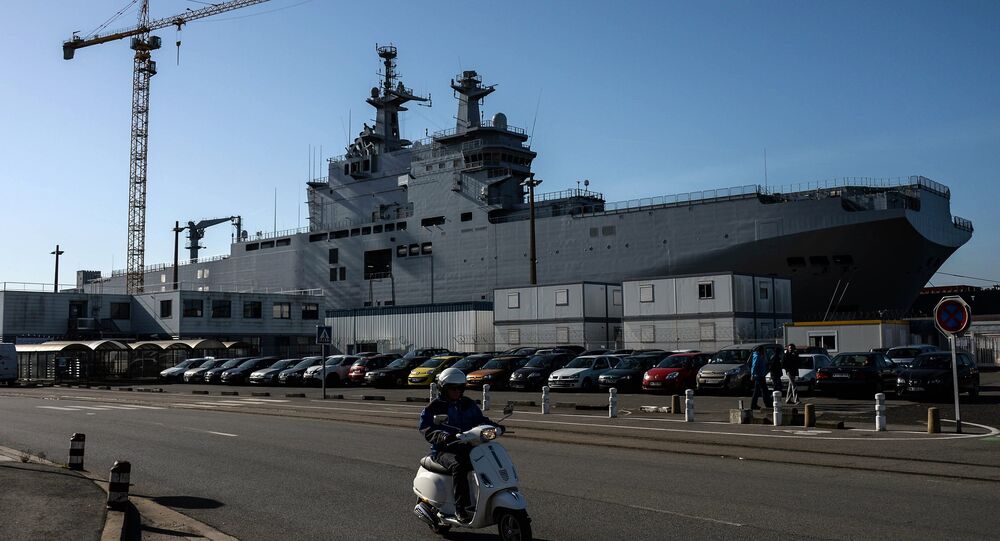 Russian sailors have been denied access to the French-built Vladivostok helicopter carrier in accordance with a decision made by French authorities, despite the country's Ministry of Defense denying any knowledge of the situation.

According to the newspaper's article published on Monday, the decision was made by French authorities, while the French Ministry of Defense has denied being aware of the situation. Ouest-France added that no special security measures were taken on the site.

A total of 550 Russian sailors, with 400 of them the future crew of the Vladivostok helicopter carrier and 150 crewmembers of the Smolny training ship, arrived in the French port town of Saint-Nazaire in June. The first sea trials of the Vladivostok with a Russian crew aboard took place on September 13.

In June 2011, Russia signed a 1.2 billion euro ($1.5 billion) contract for two Mistral-class helicopter carrier ships with France. French President Francois Hollande has threatened to suspend the deliveries of the ships to Russia over Moscow's alleged involvement in the Ukrainian conflict.

The handover ceremony of the first ship, the Vladivostok, was scheduled for November 14. The event has not taken place. A high-ranking defense source told RIA Novosti last week that Russia will wait until the end of November for Paris to hand over the ship before making "serious claims."

Almost 60% of French Citizens in Favor of Mistral Delivery to Russia: Poll