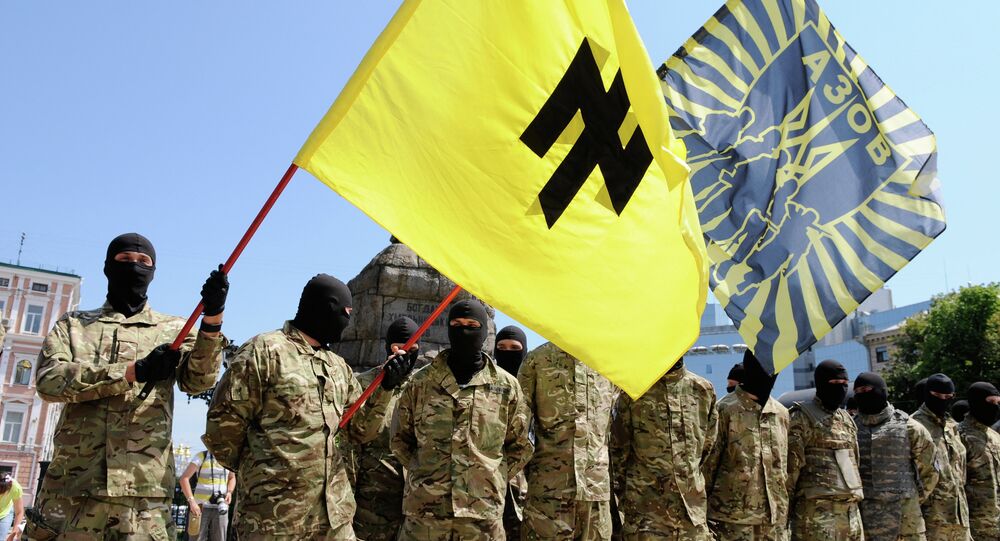 Ukrainian volunteer battalions, such as Donbas, Azov and Dnipr, will be put under the command of the country's army, in spite of the Amnesty International's claims that the Ukrainian government is responsible for the war crimes and human rights violations, committed by these forces.

KIEV, November 11 (Sputnik) – Ukrainian volunteer battalions, operating in the southeast of the country, will be put under the command of the country's army, Ukrainian Defense Minister Stepan Poltorak has said in an interview with the ICTV channel.

"With regard to the regional defense battalions, a decision has been made for them to become part of the regular armed forces," Poltorak said as quoted by Ukraine's Ukrinform agency Tuesday.

According to the defense minister, the move will help better control and plan the battalions' actions.

Ukrainian volunteer battalions, such as Donbas, Azov and Dnipr, were formed in April, when Kiev launched a military operation against independence supporters in eastern Ukraine. The battalions, which have since been integrated into Ukraine's National Guard, continue their operations in the region, despite the ceasefire, agreed by the Contact Group on Ukraine on September 5 in the Belarusian capital Minsk.

Both the Ukrainian military and independence fighters have accused each other of violating the ceasefire, which came into force on the same day the Minsk agreements were signed.

Amnesty International has said that the Ukrainian government is responsible for the war crimes and human rights violations, committed by Ukrainian volunteer battalions.