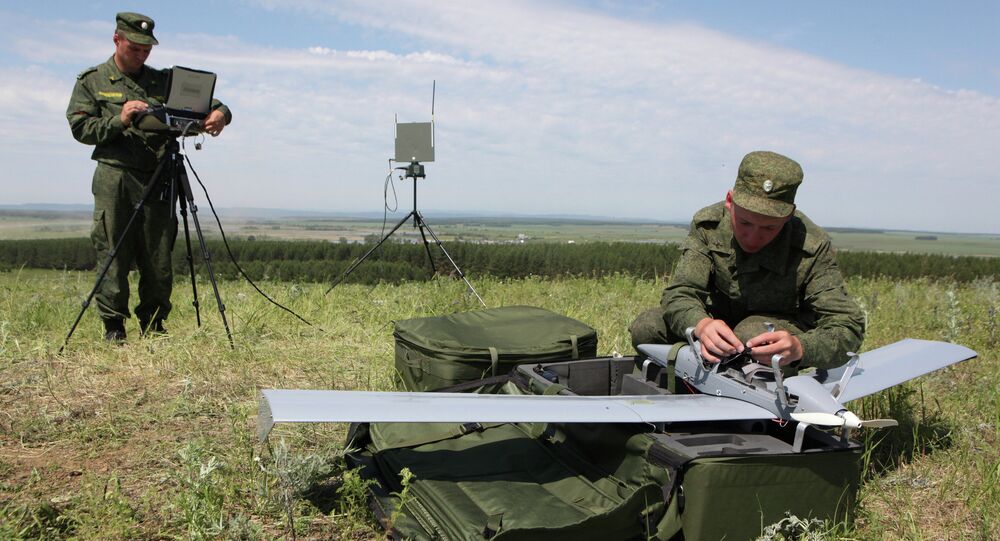 According to the South Military District, Russian military will also take part in detecting, tracking and destroying a simulated enemy with the help of portable computers.

"During theory classes commanding officers will study new methods of training the staff in a mountainous area. They will practice operating Granat, Leer and Zastava UAVs at different altitudes and speed, in the day and at night, measuring coordinates and targeting gunfire," the statement said.

According to the South Military District, officers will also take part in detecting, tracking and destroying a simulated enemy with the help of portable computers.

Back in August, Russian military personnel participated in a similar exercise to improve their UAV control skills. The staff was instructed on how to operate Navodchik-2, Forpost, Orlan-10 and Zastava UAVs.

During the August drills, they were trained to operate drones to carry out reconnaissance missions during tactical maneuvers and long marches.

Helicopter-Type UAVs May Appear in Russian Navy in One Year