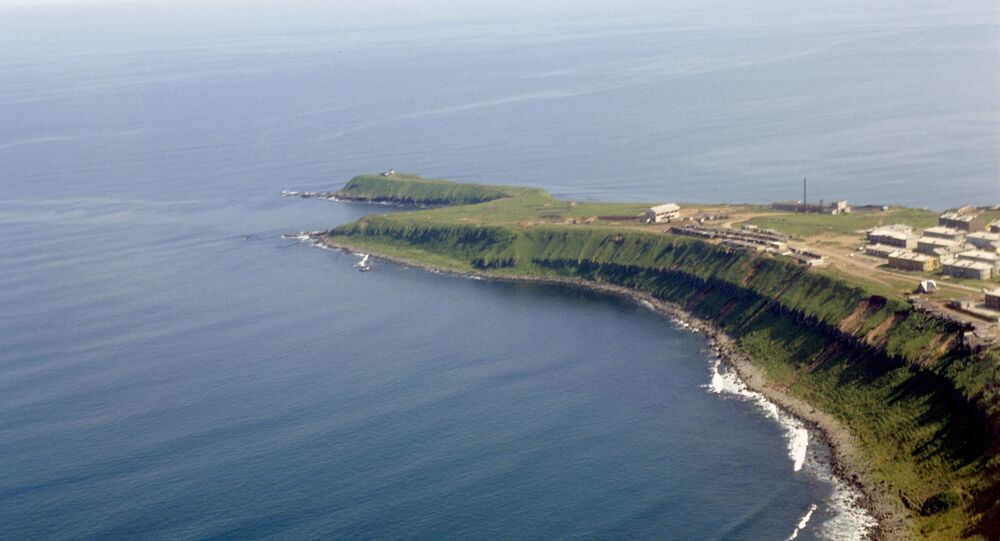 Russian food safety and sanitary watchdog Rosselkhoznadzor has seized several dozen tons of rotten food at a military unit on the Kuril Islands in the Russian Far East, some of which contained insects, the agency said on Monday.

VLADIVOSTOK, March 4 (RIA Novosti) – Russian food safety and sanitary watchdog Rosselkhoznadzor has seized several dozen tons of rotten food at a military unit on the Kuril Islands in the Russian Far East, some of which contained insects, the agency said on Monday.

The rotten food was found during checks on a food depot at a military unit on the South Kuril Island of Kunashir.

“A check of a ration supply depot in the village of Lagunnoye in the South Kuril district of the Sakhalin Region has found that food was kept in unsanitary conditions,” Rosselkhoznadzor said in a statement.

“The inspectors found several dozen tons of groats intended for servicemen’s meals. Part of the food was infected with ticks. Also, fungi and rodents’ excrement were found on the bags. The foodstuffs hazardous for human health were seized,” the agency said.

The military prosecutor’s office of the Goryachiye Klyuchi garrison has opened an investigation into the case.

The Russian military launched a probe in early February into media reports that soldiers and officers based on the Kurils were left hungry after being given spoiled food.

Russia maintains garrisons on the Kurils, which are the subject of a territorial dispute with neigboring Japan, which calls the islands the Northern Territories. The islands were occupied by Soviet forces in August 1945 at the end of World War II.

Scandals surrounding living conditions and poor food in the Russian Army have been frequently reported in the last two decades. In July 2010, Kommersant newspaper reported 1,000 tons of dog food had been discovered in an army food depot, which was being fed to soldiers, along with products that were beyond their shelf-life.