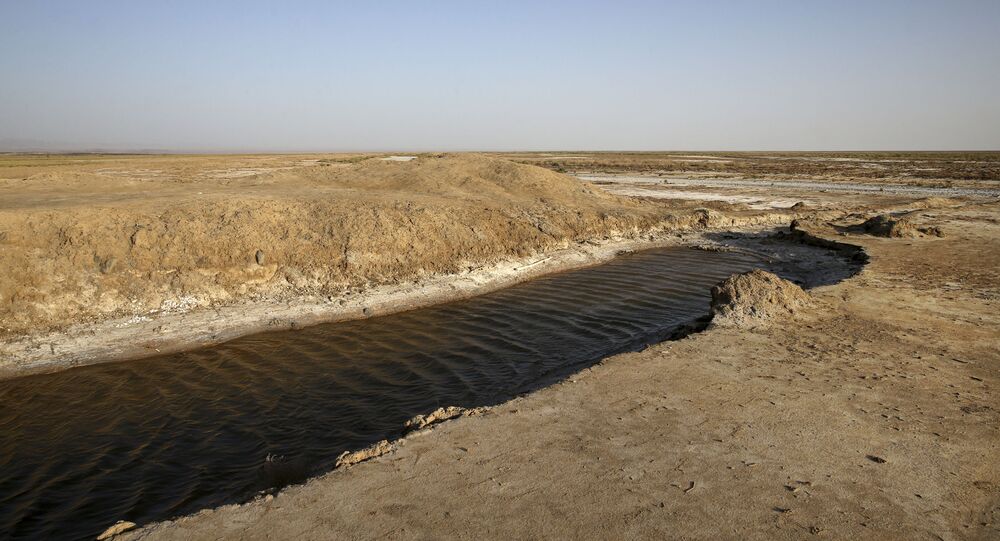 TEHRAN (Sputnik) - One person was killed during protests in Iran's southwestern province of Khuzestan, triggered by a severe shortage of water, Acting Governor Omid Sabripour told ISNA, an official news agency, on 17 July.

"Yesterday, during the protests caused by the shortage of water, in the city of Shadegan in Khuzestan province, people in a crowd opened fire at security forces. As a result, a 30-year-old man died," the official said.

The police have detained some of the shooters and are currently looking for those who managed to escape, the acting governor said.

Video footage shared on social media showed demonstrators setting tires on fire to block roads, while police tried to disperse the crowd. Several shots can also be heard on the video.

The lack of water in southwestern Iran was triggered by the worst drought in the past 50 years. According to an Iranian water supply and sanitation company, out of 304 cities in Iran that are suffering a water crisis, 101 cities are in the 'red zone', which means they are experiencing an acute shortage of water.