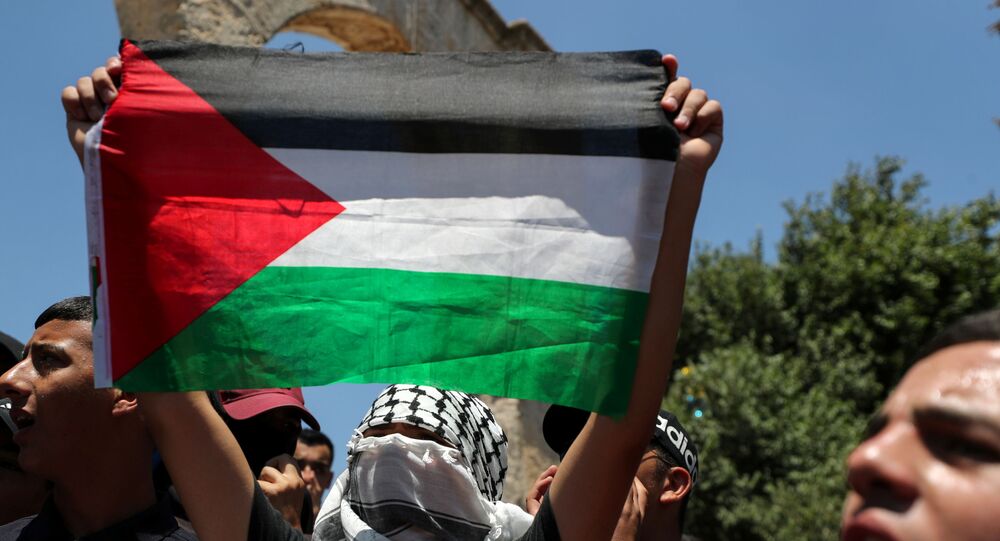 According to media reports, the human rights activist and critic of the Palestinian Authority died on 1 July after Palestinian security forces stormed his house, beat and arrested him. His death has triggered mass protests across the West Bank.

Sputnik is live from Ramallah in the West Bank where activists are rallying over the death of government critic Nizar Banat and the security forces' crackdown on previous demonstrations.

Protests erupted in the West Bank over a week ago after Banat died in police custody. He was a social media figure known for videos criticising alleged corruption within the Palestinian Authority.

The demonstrations were suspended earlier this week after several activists and reporters were physically assaulted by Palestinian security officers in Ramallah.

The UN's High Commissioner for Human Rights Michelle Bachelet earlier urged the Palestinian authorities to ensure the safety of protesters and investigate any unnecessary or disproportionate use of force against them.