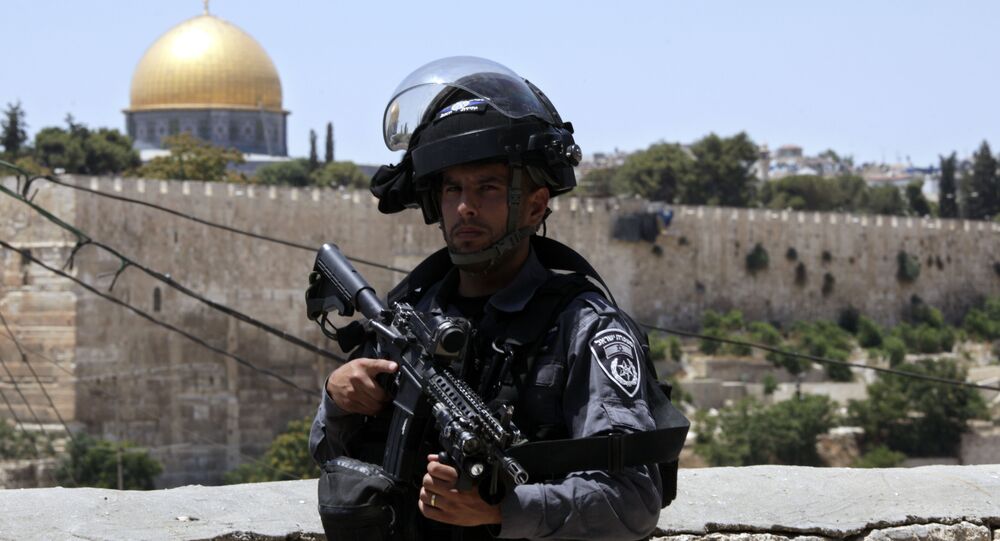 Clashes Break Out Near Israeli Police Station in East Jerusalem

"There were clashes near a police station in East Jerusalem. One person has been detained, we found on him a large number of petards and other dangerous objects," Zingerman said, adding that police vehicles sustained some damage and officers used crowd dispersal weapons technology.

Meanwhile, the Al-Aqsa Voice radio station reported, citing the Palestinian Red Crescent, that ten Palestinians have been injured in a clash with Israeli police near Herod's Gate in Old Jerusalem.

Six people were reportedly affected by stun grenades, and the rest were injured by non-lethal projectiles. One person has been hospitalized, while the rest were treated on the spot, according to the report.

The situation in the city has been tense since early May over an Israeli court decision to evict several Palestinian families from a Jerusalem neighborhood. The public unrest escalated into 11-day armed hostilities between Israel and Palestine's Gaza Strip, resulting in over 200 casualties on the Palestinian side.

US to Move Forward With Reopening US Consulate in Jerusalem, Blinken Says