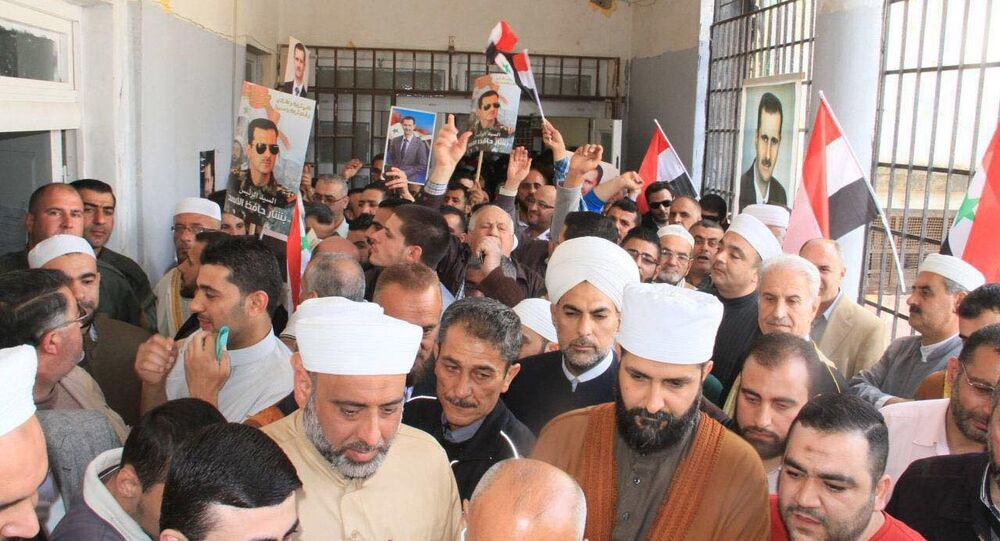 In late May, Syrian President Bashar Assad won the country's second presidential election since the onset of the ongoing civil war. Several Western countries, including the United States, announced they will not recognise the election's legitimacy.

"Neither the USA nor any other country has the right to criticize Syria’s or other countries’ democracy. Syria is a sovereign state, presidential election is a completely internal affair, if western countries are willing to fulfill their commitments under the chapters of United Nations and the international law they must stop interfering in other countries internal affairs," Moustapha said, adding that Damascus will not pay attention to criticism as it will have "zero impact on Syria."

Assad, who has been in charge of Syria since 2000, secured 95.1 percent of the vote in the election, while other contenders, the head of the opposition National Democratic Front, Mahmoud Ahmad Marei, and a former minister of state for parliamentary affairs, Abdullah Salloum Abdullah, got 3.3 and 1.5 percent, respectively.