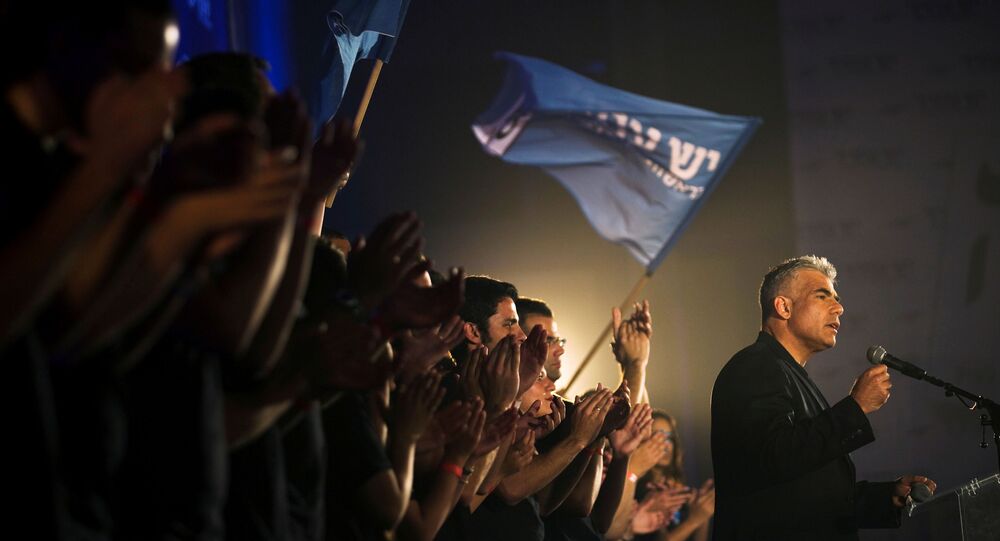 Israel Might End Up Forming a Government in Ten Days, Unless There Are Last-Minute Surprises

With only three days left until the mandate given to Israel's head of the opposition Yair Lapid expires, it seems that the political stalemate is heading towards an end. However, it is far from over, and Lapid will need to overcome a number of obstacles before he assumes the title of Israel's prime minister.

On Sunday, the chief of the hawkish Yamina party Naftali Bennett announced that he was ready to enter the centre-left government coalition headed by Lapid, despite his earlier claims that such a coalition was out of question.

Together with Bennett, Lapid will now have the 61 signatures needed to replace Prime Minister Benjamin Netanyahu. He is expected to inform the country's President Reuven Rivlin of the recent developments as early as Tuesday and the aim is that the new government will be sworn in in ten days from now.

Under the proposed deal, Lapid will not become Israel's PM immediately. According to his agreement with Bennett, the role will be taken by Yamina's head until September 2023. Lapid is to assume office second, serving as prime minister till the end of 2025.

The distribution of other key positions seems to have been determined too. The foreign ministry will be headed by Lapid and Bennett in rotation. Benny Gantz will remain Israel's minister of defence. The treasury will be given to the hawkish Yisrael Beitenu chief Avigdor Lieberman. Another hawk, Gideon Saar, will be in charge of the Ministry of Justice, whereas number 2 on the list of Yamina, Ayelet Shaked, will be entrusted with the domestic affairs ministry.

But the Lapid-Bennett deal is not yet hermetically sealed. In recent days, reports suggested that the decision of Bennett to enter the rather centre-left coalition of Lapid was raising eyebrows within the Yamina party, with some of its members objecting to the move.

Such was the case with Shaked, who wanted to see a right-wing government established, and such was the case with Amichai Shikli, another member of Yamina, who called on his colleagues not to enter a "leftist coalition", given the multiple security challenges Israel faces.

Now, after Bennett has taken his decision, they will need to conform with the party's policy or leave. Shaked has already decided to stick to Bennett no matter what. Shikli, for his part, is likely to stay at bay from the shaping coalition but that is unlikely to affect its formation.

Problems on the Horizon?

If things go according to plan, Israel will have a government by the middle of June, but nothing guarantees it will last for long.

The main problem that the new government will face is coming to terms on security issues. During the Guardian of the Walls operation Israel got a prelude to what could be next.

The military campaign in Gaza that claimed lives of more than 250 Palestinians and 12 Israelis, and created tensions on the political scene. Arab parties that were meant to become part of the coalition did not support the hostilities against the Strip. Members of the hawkish wing within that alliance pressed to continue with the operation.

These tensions within the coalition promise to spill over into other spheres too. On the issue of Jerusalem, the hawks will want to see it united. The doves will be backing the idea of splitting it.

Similarly, the coalition will find it difficult to agree on the issue of military service for the Ultra-Orthodox communities, most of whom are not serving in the IDF, and they will be challenged to find common grounds on the distribution of funds, especially when it comes to assisting Israel's religious institutions.

Right now, these and other issues don't seem to be on the radar of Bennett and Lapid. Their main concern is to make sure that Israel doesn't go into another round of national polls that would cost the Jewish state millions of dollars.

Lapid promised his voters that such a scenario would be averted. He also vowed that he would do anything in his power to replace Netanyahu, and three days before his mandate is set to expire, it seems that he has never been closer to achieve that goal. Unless there are surprises.