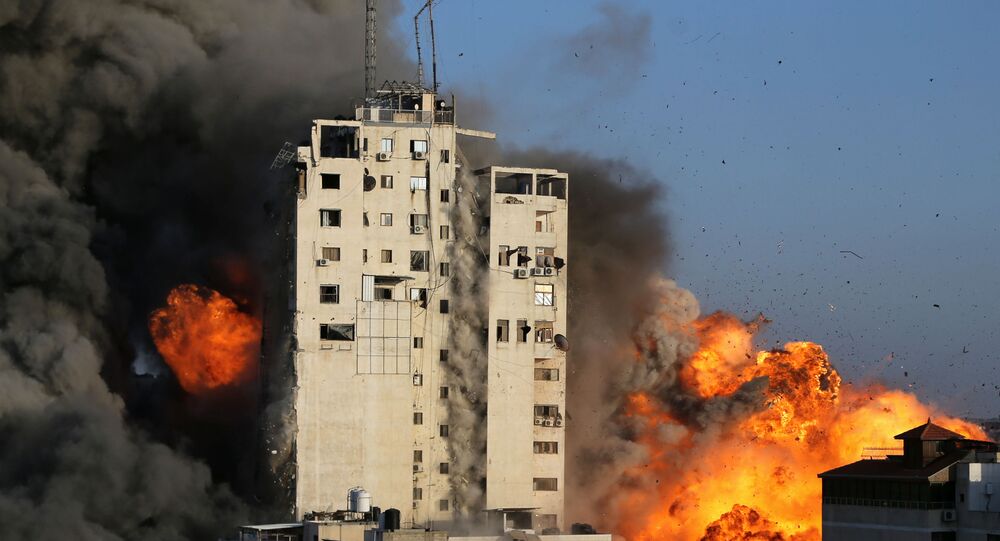 The situation in Israel has been escalating over the past few days, with violent clashes in Jerusalem and constant exchanges of fire between the Israeli military and Hamas engulfing the country. Prime Minister Benjamin Netanyahu warned that the militants are going to pay a "high price" for the attacks, blaming them for the hostilities.

As tensions are flaring up, US Secretary of Defence Lloyd Austin voiced the United States' "ironclad" support for Israel’s right to defend itself and its people.

US Secretary of State Antony Blinken, in turn, condemned the rocket attacks and stressed that the United States will continue to engage with all sides. He noted that a senior US diplomat is scheduled to travel to the region to engage on the issue.