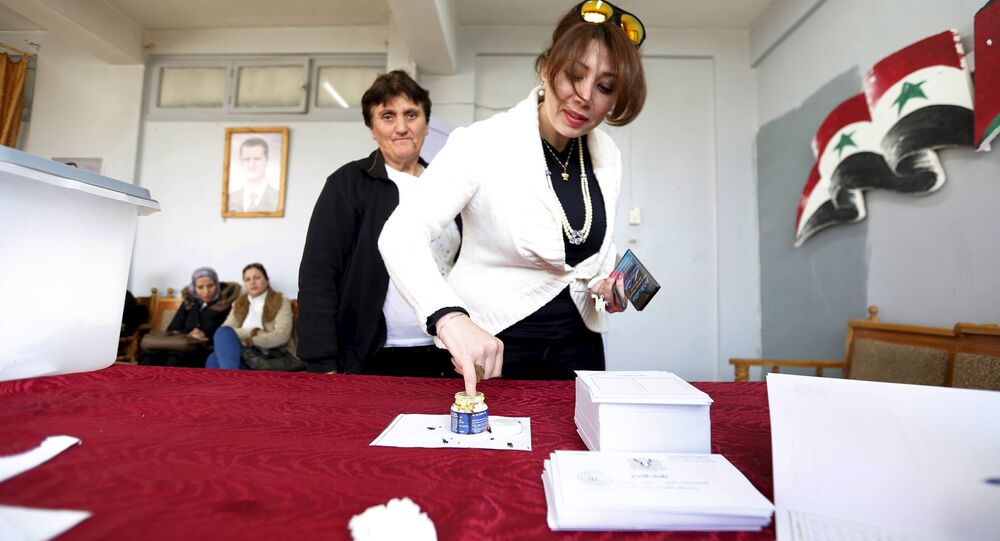 BEIRUT (Sputnik) – The Syrian People's Council received applications from 51 candidates from the Supreme Constitutional Court for the presidential elections on May 26, state-run news agency SANA reported.

A total of 51 hopefuls have put their name into the hat to challenge Bashar Assad for Syria's presidency in the upcoming vote.

In Syria's 2014 elections, 24 applications were registered, of which three candidates took part in the elections, including the President Assad himself

© Sputnik / РИА Новости
Assad to Run for President of Syria in 2021 Election, Parliament Speaker Says
According to the Syrian constitution, the parliament accepts applications from candidates within 10 days after the announcement of the start of the election campaign (19 April). For 2021's elections, in the last 24 hours alone, 12 candidates have submitted applications. However, only those able to secure support from 35 lawmakers will be able to run.

Given that the Syrian People's Council consists of 250 parliamentarians, no more than seven people can participate in the presidential race. At the same time, the candidate from the Arab Socialist Baʽath Party, whose secretary general is Assad, has the best chance, since it has 167 seats in parliament.

Assad took over the leadership of the Arab Republic in 2000 after the death of his father, former Syrian President Hafez Assad. 2014 marked the first time candidates could challenge Assad for the presidency, although he still won a landslide with 88.7 percent of the votes.