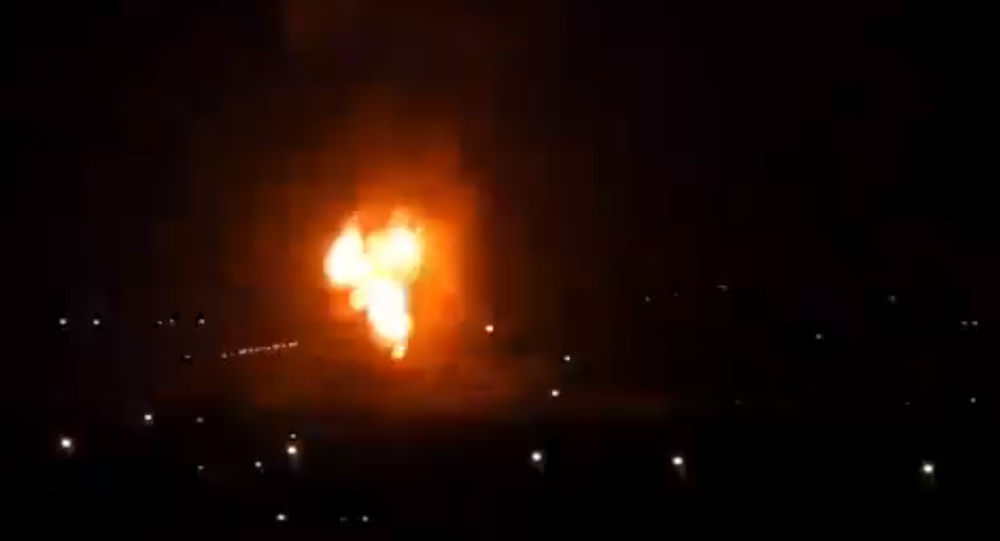 TEL AVIV (Sputnik) - A rocket fired toward Israel from the Gaza Strip late on Sunday night exploded inside Gaza according to the Israel Defense Forces (IDF).

"Israelis in southern Israel are sleeping in bomb shelters for the third night in a row. Why? Terrorists in Gaza just fired another rocket toward Israel. This rocket exploded inside Gaza," the IDF tweeted two hours after the initial report on the rocket firing.

Israelis in southern Israel are sleeping in bomb shelters for the third night in a row. Why?

Terrorists in Gaza just fired another rocket toward Israel.

This rocket exploded inside Gaza.

Israeli Kann broadcaster shared on Twitter a footage of the reported rocket launch.

Israel has targeted Hamas infrastructure in Gaza in response to the rocket launches.

The Best Supporting Actress Oscar went to Yuh-Jung Youn for her role in "Minari." Yuh-Jung Youn became the first Asian woman to win an acting Oscar since 1958.

Israel on Alert for Any Potential Escalation at Border With Palestinian Authority, IDF Head Says