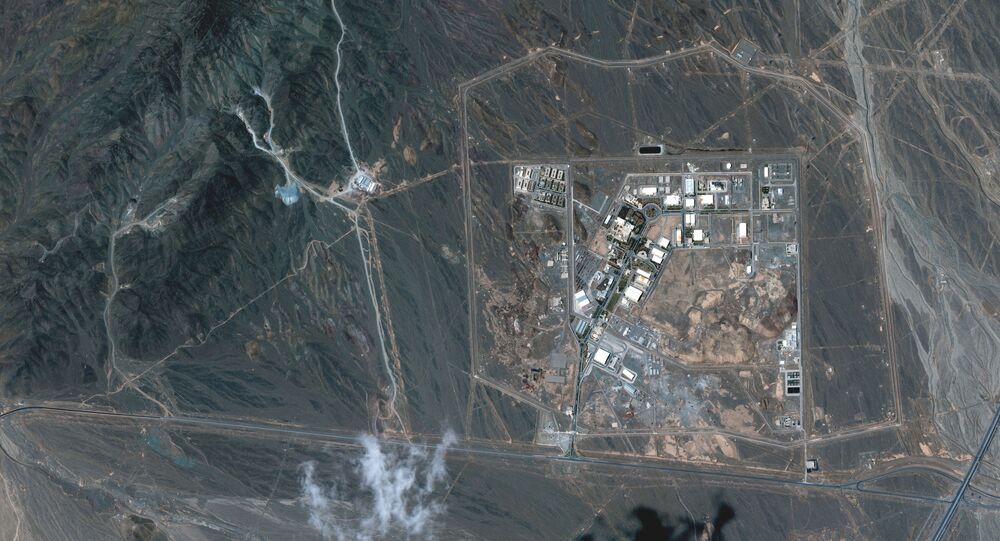 Iran Hopes to Get 60% Uranium Next Week, Envoy in Vienna Says

Earlier, reports surfaced that Iran would be raising its uranium enrichment levels to 60% as the Middle Eastern nation was moving toward introducing 1,000 more centrifuges to its Natanz nuclear site.

Iran is reportedly expecting to reach 60% enrichment of its uranium supplies by "next week," Kazem Gharibabadi, Iran's ambassador and permanent representative to international organizations in Vienna, revealed Tuesday.

In a Twitter post, the Iranian official explained that the enrichment process "will be done in two cascades of IR-4 and IR-6 centrifuges in Natanz," adding that the "modification of the process just started and we expect to accumulate the product next week."

"This will improve significantly both the quality and quantity of radiopharmaceutical products," Gharibabadi noted.

The International Atomic Energy Agency, a UN nuclear watchdog, previously stated that it had been informed of Iran's decision to boost enrichment efforts. Until now, Iran had been enriching uranium up to 20% purity. It resumed the purity level in January for the first time since 2013.

Gharibabadi's remarks came hours after Chief Iranian Nuclear Negotiator Abbas Araghchi announced that Iran would be upping its enrichment process after the Natanz facility underwent electrical setbacks over the weekend.

Earlier, Ali Akbar Salehi, the chief of the Atomic Energy Organization of Iran, revealed that the Natanz facility had come under a "nuclear terrorism" attack that was later alleged to have been executed by Mossad, Israel's foreign intelligence service.

Longtime foes, tensions between Iran and Israel reached a new boiling point after the cyberattack, with Tehran vowing to take revenge for the incident.

The latest developments have been unfolding amid ongoing talks in Vienna regarding the US return to the 2015 Joint Comprehensive Plan of Action, which the nation withdrew from in 2018 under the Trump administration.

US May Have Received ‘Veiled’ Notice of Alleged Israeli Attack on Iran’s Natanz, Claims Report