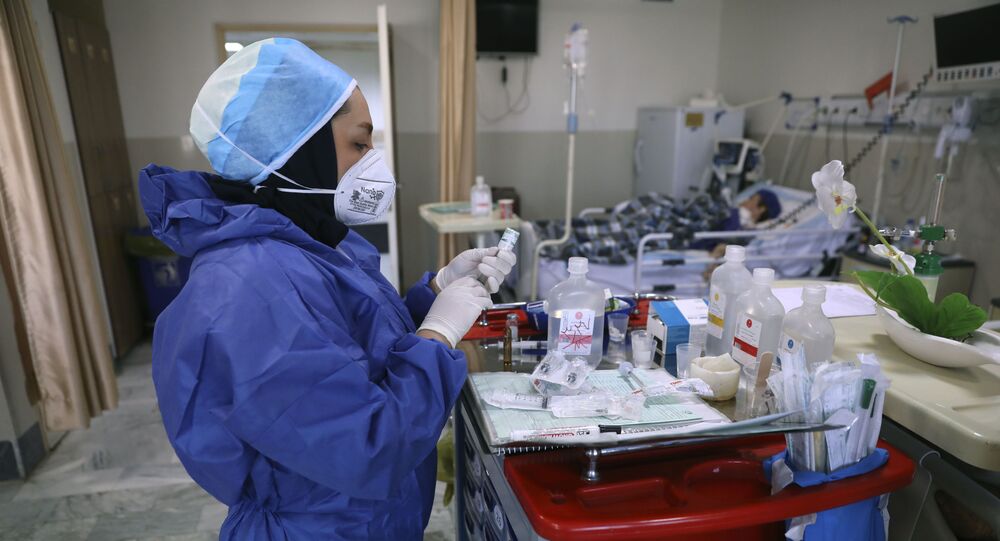 TEHRAN (Sputnik) - A fourth wave of the coronavirus pandemic has started across Iran as the country experiences a fresh spike in the infection cases, Sima Sadat Lari, the spokeswoman for the country's Ministry of Health and Medical Education, told Sputnik.

Alireza Raisi, a spokesman for the country's COVID-19 response center, earlier said that a surge in the COVID-19 morbidity rate occurred as a result of trips conducted by citizens across the country during the national New Year (Norooz) holidays, which the Iranians celebrated this year in late March. President Hassan Rouhani also previously said that Iran was on the brink of the fourth COVID-19 wave.

"The fourth wave of coronavirus has begun in Iran. As of now, all of the country's provinces see an increased incidence," the spokeswoman said, noting that the growth of cases is caused by citizens' journeys throughout Iran during two weeks of celebrations.

Developments in the COVID-19 situation exclusively depend on compliance with health instructions, social distancing measures and the avoidance of large gatherings, the spokeswoman added.

"We hope that the number of coronavirus patients in Iran will decline in the coming months as shipments of vaccines and their production in the country increase," the official said.

On Monday, Iran's health authorities said almost 14,000 infection cases were recorded over the past day for the first time since early December of 2020, which is close to the maximum disease rate since the start of the pandemic, with the worst record being 14,051. In total Iran registered 1,945,964 cases, with 63,332 deaths.

The Middle Eastern country is also developing several domestic vaccines against COVID-19, including one jointly with Cuba.