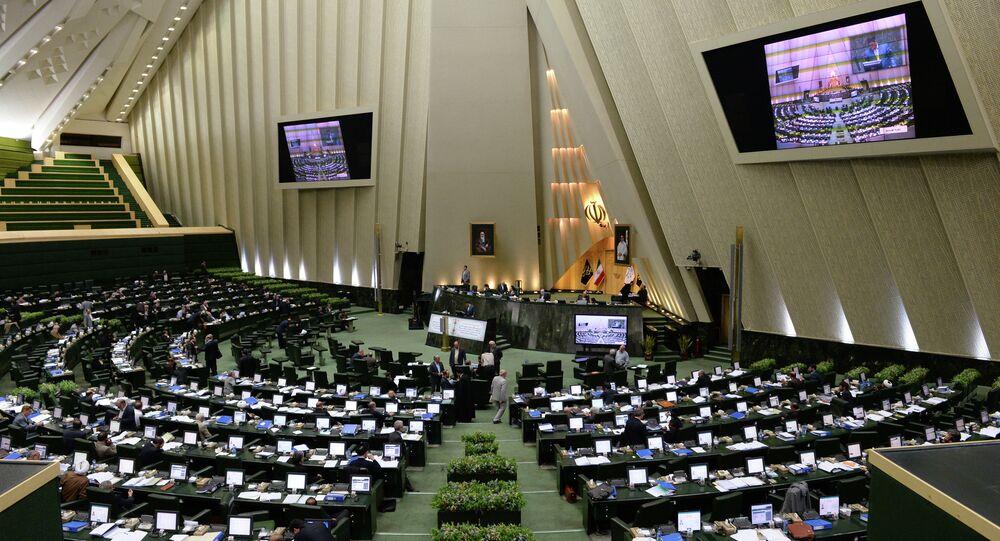 TEHRAN (Sputnik) – Bahrain and the United Arab Emirates would experience "major" challenges on a domestic level after signing an agreement on the normalisation of ties with Israel, a special aide to the speaker of the Iranian parliament on international affairs, Hossein Amir-Abdollahian, told Sputnik.

"In the near future, rulers of the UAE and Bahrain, who announced the normalisation of ties [with Israel], will face problems and major challenges within their countries," Amir-Abdollahian said.

© AP Photo / Dinesh Joshi
‘Sinister Intentions of Enemies’: Iran Slams Report Claiming IRGC Behind Israel Embassy Blast
The normalization act was taking place under "tremendous" pressure on Manama and Abu Dhabi from the United States, the official added, noting that the Gulf states had no say in the matter.

When giving a comment on media reports that emerged in late February on forming a four-nation defense alliance between Israel, Saudi Arabia, the UAE and Bahrain against Iran, the Tehran official said it is a fraud.

"[Prime Minister Benjamin] Netanyahu’s claims on the creation of such alliances is nothing but a lie," Amir-Abdollahian said.

A landmark agreement, officially known as the Abraham Accords, on the establishment of diplomatic relations between Israel and the two Gulf nations — the UAE and Bahrain — was signed in Washington last September. Morocco and Sudan later followed suit, inking similar agreements with Israel. The rapprochement met harsh criticism in Palestine.