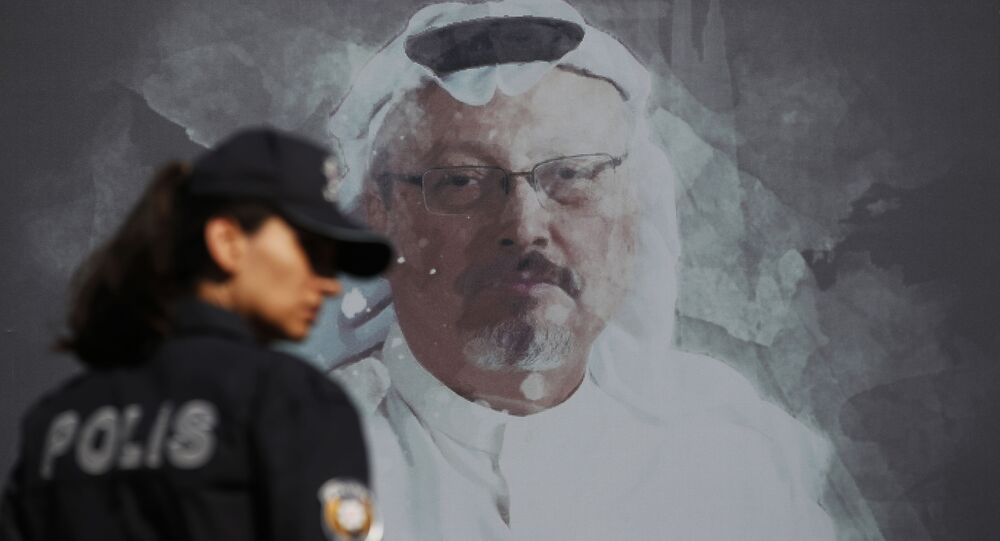 Jamal Khashoggi, a Saudi Arabian journalist, went missing in 2018 after entering the Saudi consulate in Istanbul to obtain documents to allow him to marry his Turkish fiancee.

British Prime Minister Boris Johnson has denounced the murder of Jamal Khashoggi but has not directly criticised Saudi Arabia’s Crown Prince, Mohammed bin Salman, who has been accused by the US of approving the operation to 'capture or kill' the journalist.

"We condemn the murder of Jamal Khashoggi, we continue to call for a full investigation into the causes of his death and indeed, we have already sanctioned 20 people in Saudi Arabia," Mr Johnson said in Parliament on Wednesday, 2 March, after being questioned about arms sales to Saudi Arabia by Sir Keir Starmer, leader of the opposition Labour Party.

Last week, the United States declassified an intelligence report which suggested Prince Mohammed bin Salman had approved the killing of Khashoggi, who had criticised the government in Riyadh in his column in the Washington Post.

"We base this assessment on the crown prince's control of decision making in the Kingdom, the direct involvement of a key adviser and members of Mohammed bin Salman's protective detail in the operation, and the crown prince's support for using violent measures to silence dissidents abroad, including Khashoggi," read the report from the Office of the Director of National Intelligence (DNI).

The Saudis have disputed the intelligence report and said it contains inaccurate information. Riyadh’s stance has already been supported by a number of Arab states, including the UAE, Bahrain, Qatar and Kuwait, as well as by the Arab League.

Saying that Saudi Crown Prince Muhammad bin Salman was responsible for the horrific murder of Jamal Khashoggi is not holding him accountable. The Biden Administration needs to do much more. No meetings with senior US officials and no visits to the US would be a good start.

​The US also suspended arms sales to Riyadh but Britain has made no such move.

Riyadh initially denied Khashoggi, 59, had been killed at the Saudi consulate in Istanbul but gradually made more and more admissions after it became clear that Turkish intelligence had bugged the building and knew exactly what happened when he visited on 2 October 2018. According to Saudi Arabia, the journalist was killed in a rogue operation.

Khashoggi's fiancee, Hatice Cengiz, waited outside the consulate for him to appear but he never did and it later emerged that one of the killers put on his clothes and walked around Istanbul in an attempt to create a false trial.

The Saudis have sentenced several people for their role in Khashoggi's murder but have repeatedly denied the Crown Prince was involved in the decision to kill him.