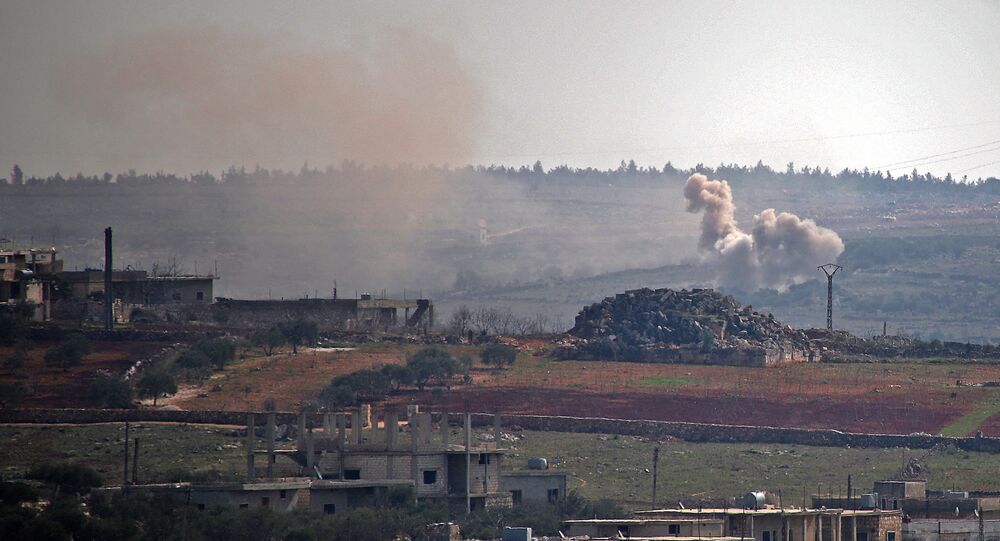 "Twenty-nine shelling attacks from the positions of the Jabhat al-Nusra terrorist group were registered in the Idlib de-escalation zone... in the provinces of Idlib (11 attacks), Latakia (13), Aleppo (2) and Hama (3)," Rear Adm. Karpov said. He added the number of attacks according to the Syrian side's data totaled 21.

According to Rear Adm. Karpov, no shelling on the part of illegal armed groups controlled by Turkey had been registered in the past day.

He also said Russian military police units had continued patrols in the province of Aleppo.

On Wednesday, the Russian military said that militants conducted a mortar attack and struck from a drone at the recently opened Seraqab checkpoint in Idlib. It also said earlier that militants were blocking the operation of new checkpoints in Syria's province of Idlib, prohibiting refugees from leaving the de-escalation zone under threat of the use of weapons and arrest.