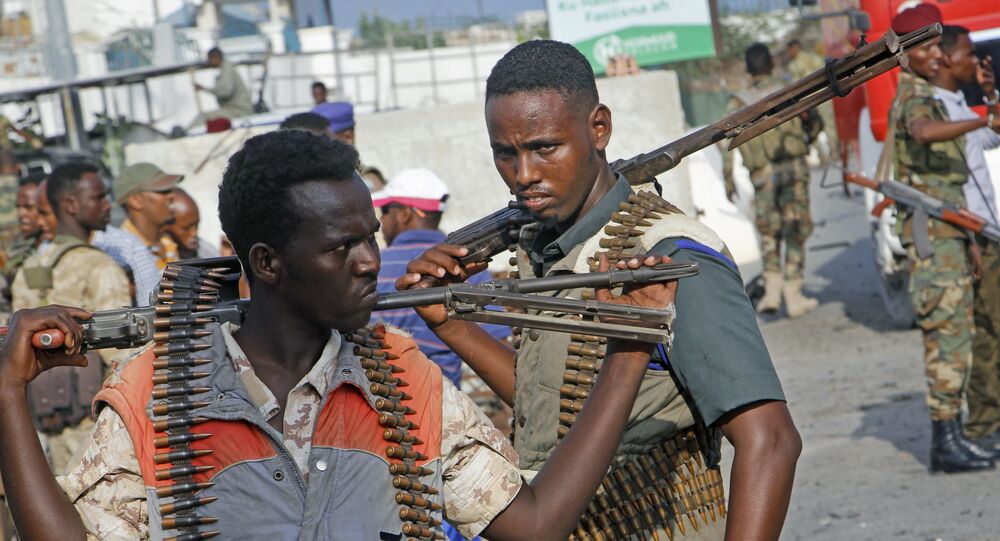 As Tensions in Somalia Continue, Source Says UAE Has Been Unjustly Accused of Fuelling Unrest

Mogadishu has accused Abu Dhabi of seeding instability in the region and of exerting efforts into turning the African country into 'another Yemen or Libya' as clashes between the government and opposition forces erupted in the African country amid a failure to agree on the date of general elections.

On Monday, a reliable source with links to the decision-making circles in the Gulf confided to Sputnik that the UAE had nothing to do with the unrest in the African country and that it was not interested in the destabilisation of the already-volatile region.

"I can assure you that the government of the UAE did not interfere in the internal affairs of Somalia. Quite the opposite is true: we support stability there."

The revelation comes as unrest continues in Somalia as the country's government and its opposition struggle to reach a consensus on the date of the general polls. These were supposed to take place on 8 February but eventually got delayed following the sides' inability to agree on the way these elections should be held.

Frustration with the lack of advancement on that front reached a boiling point on Friday when government security forces clashed with opposition forces, leading to the death of five soldiers in the country's capital Mogadishu; dozens of others were wounded, including civilians.

Following Friday's bloody events, many regional and international players have condemned the situation and urged the two sides to practice restraint.

On Saturday, a day after the bloody clashes, Saudi Arabia issued a statement saying it was following the events in Somalia with "great concern" and called on the sides to reach a "solution by peaceful means".

Similar steps have been taken by the African Union, the United Nations and the European Union, as well as the Gulf Cooperation Council, who called on the sides to sit down for talks to reach an agreement on a date for elections.

The calls for de-escalation were not to the liking of the Somali government, and on Sunday, Mogadishu pinned the blame for the unrest that gripped the country on external forces that were allegedly fuelling the unrest.

"The United Arab Emirates wants Somalia to be like Yemen and Libya and wants to create in Somalia displacement, violence and backwardness, and that is something the Somali people are wary of," Osman Dubbe, Somalia's information minister, told a press conference.

But throughout the years, the UAE has actually remained committed to helping to maintain the stability of the region.

Trade economy-dependent Abu Dhabi acknowledged the importance of Somalia's strategic position next to the Gulf of Aden, Bab al Mandab and the Red Sea, one of the most important routes for world maritime commerce.

It was for this reason that the UAE has poured millions of dollars into the paying and training of Somalia's troops in a bid to curb the threat of pirates and terrorist groups such as Al Qaeda and Al Shabab.

Now, however, the source says that the authorities in the UAE feel that their efforts have been largely forgotten and that their government is unjustly blamed, simply because it "predicted the unrest".

"Abu Dhabi's actions speak louder than any words of Somali officials. For years, the UAE has been committed to the well-being of the Somali people and it has also been in the forefront of regional peace initiatives," said the source, referring to the Arab nation's mediation efforts in the Ethiopia-Eritrea conflict of 2018 and the historic normalisation agreement inked between the Gulf state and Israel in September 2020.

"The current transitional government has to take responsibility [for its actions] instead of blaming others. It needs to start acting on resolving the unrest by going into elections and let the people of Somalia voice their choice,” concluded the source.