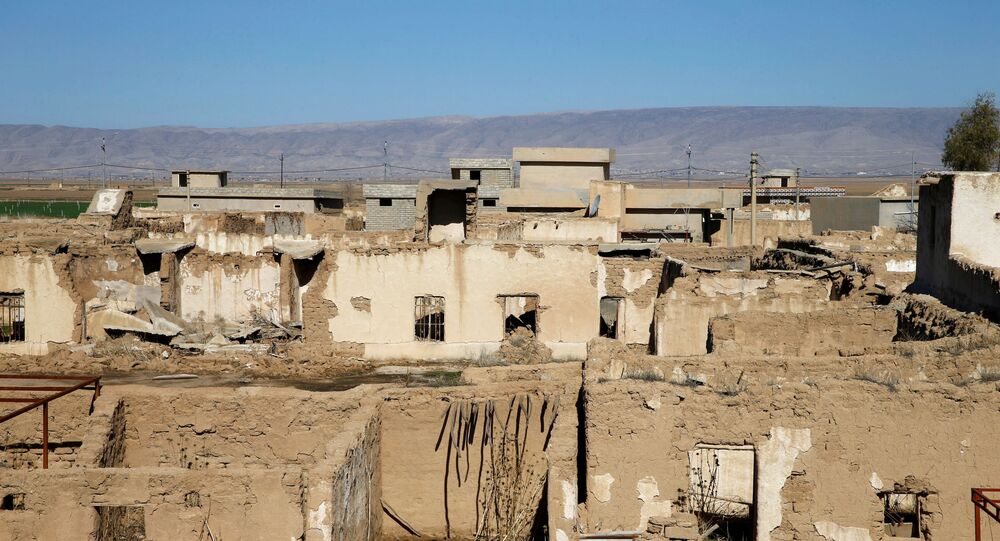 In January 2020, the Iraqi Parliament voted to demand that US forces leave the country. Instead, Washington threatened to freeze the country’s bank account at the US Federal Reserve, where billions of dollars in oil wealth are stored.

The head of the North Atlantic alliance announced on Thursday that the number of troops from NATO countries in Iraq would increase eightfold, from 500 to 4,000, ostensibly in an attempt to keep a lid on Daesh*.

“Training activities will now include more Iraqi security institutions, and areas beyond Baghdad,” NATO Secretary-General Jens Stoltenberg said at a Thursday press conference, noting the increase was “to support the Iraqi forces as they fight terrorism and ensure that ISIS does not return.”

“Our presence is conditions-based, and increases in troop numbers will be incremental,” he said, adding, “Our mission is at the request of the Iraqi government. It is carried out with full respect for Iraq’s sovereignty and territorial integrity. I spoke with Prime Minister al-Kadhimi this week and assured him that everything will be done in full consultation with the Iraqi authorities.”

It’s unclear how Stoltenberg’s statement affects the 2,500 US troops already stationed in Iraq.

A joint effort that included Iraq, Iran, and the US pushed Daesh out of Iraq in 2017. Its caliphate crumbled the following year in eastern Syria until the terrorist group controlled no more territory, becoming a mobile guerrilla force. However, the militia remains able to mount devastating attacks, such as the bombing of a Baghdad market last month that killed 32 people and injured more than 100.

In fact, Daesh has suffered serious losses in 2021, including the group’s deputy leader and supposed “governor of Iraq,” and the Washington Post reported recently that Iraqi forces had arrested 350 accused Daesh fighters in the past six months.

However, a rocket attack on a military base used by US forces in the northern city of Erbil on Monday killed at least 10 people, including a US military contractor and a US soldier. A Shiite militia named “Saraya Awliya al-Dam” claimed responsibility for the attack, but Washington has blamed Iran; Tehran has denied responsibility.

US forces have long been considered unwelcome in Iraq by a larger sector of the population, but after a US drone assassinated Iranian Maj. Gen. Qasem Soleimani outside Baghdad in January 2020, the Iraqi Parliament passed a resolution demanding that all US forces withdraw from the country - a suggestion that was mocked by then-US President Donald Trump.

In retaliation for the killing, Iran launched a ballistic missile attack on US troops at Ayn al-Asad air base in central Iraq. The attack damaged the base and injured hundreds of US troops, but none were killed in the bombardment.

Stoltenberg also mentioned NATO’s mission in Afghanistan, from which the force is due to totally withdraw by May 1, according to an agreement signed with the Taliban militant group last year. He said the multinational force has “made no final decision on the future of our presence” in the Central Asian country, but would do so in the coming weeks.

The US invaded both countries in the early 2000s - Afghanistan in 2001 and Iraq in 2003 - in a purported bid to chase down international terrorist groups. While the US has remained in Afghanistan ever since, US troops left Iraq in 2011 after fighting a destructive and yearslong counterinsurgency war, and returned in 2014 amid the rise of Daesh, which eventually captured one-third of the country.