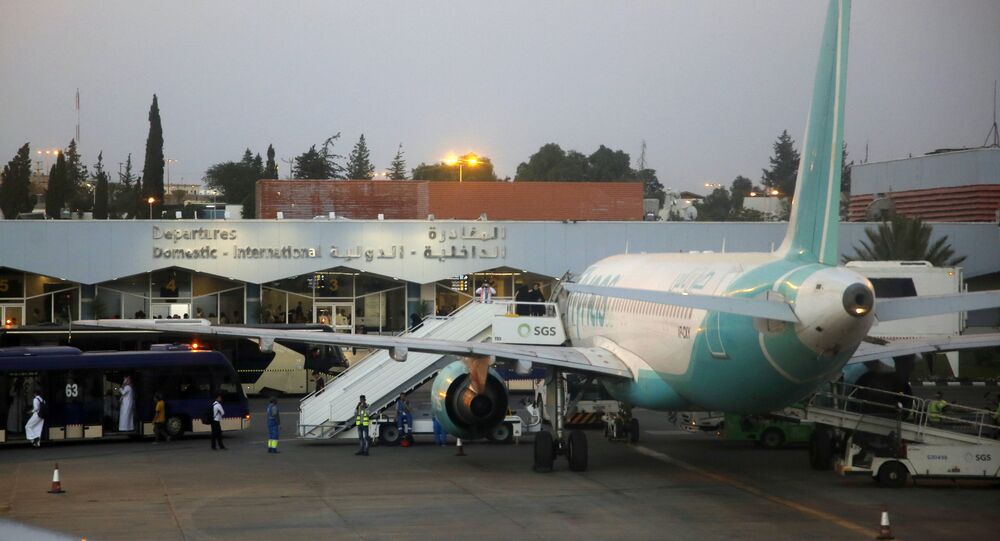 Earlier, a military coalition of Arab countries led by Saudi Arabia had intercepted and destroyed an unmanned aerial vehicle launched by the Houthi rebels toward Abha International Airport in southwestern Saudi Arabia.

According to spokesman, the attack brought operations at the airports to a halt for two hours.

2- This targeting comes within the natural and legitimate response to the escalation of air aggression and its total blockade on Yemen .
we again warn all citizens to stay away from airports and sites used for military purposes.

​Earlier, a civilian plane at the Abha International Airport caught fire due to an attack by the Houthis, sparking international condemnation. Houthi military spokesman Yahya Saria responded by saying the group had struck military airfields at the airport with four drones and the strike "was accurate".

Yemen has been gripped by a civil war between the Yemeni government forces, led by President Abdrabbuh Mansour Hadi, and the Houthis since 2014. The Saudi-led coalition of Arab states entered the conflict on the side of the government in 2015, after the Houthis made significant gains during the early days of clashes.